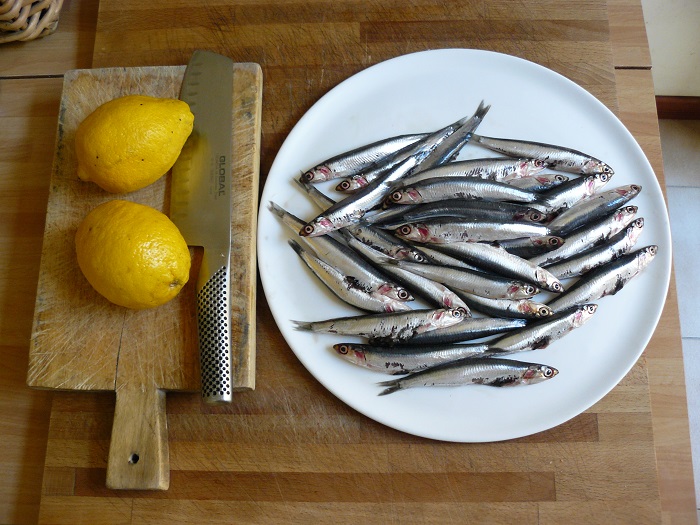 Non-vegetarian delicacies are an integral part of any cuisine from around the world, be it Chinese, Continental, Indian, Mediterranean or even Caribbean. Although many suggest that forms of animal extracts such as red meat are harmful when consumed in large amounts, not all kinds of non-vegetarian food is harmful to the body. In fact, a few forms of meat, especially those of fishes, actually yield a wide range of health benefits. One such fish which is tremendously useful for the betterment of the body is the famous Anchovy. Though many dislike them for their strong odor, they are an important part of many dishes, especially salads. Like many other fishes, Anchovies also help in nourishing the skin as well as help in maintaining a good vision. Anchovies are sold at several outlets across the world, but what about this fish makes it way better than the meat of most other aquatic creatures sold in the market? Let’s find out!

History
Anchovies are a delight, especially amongst those who are patrons of sea food. These fish, which are around 3 inches long, are found in abundance in the Italian coast, which is their natural habitat. These fishes are also shredded, packaged in tins, as well as in the form of pastes, before they are sold to consumers. Anchovies are of two types, namely Sicilian as well as Spanish and are fished out in different periods of the year. While the Spanish Anchovies are mostly spotted in large numbers during winter, the Sicilian type is found in the period between April and September. A few stretches of the Atlantic Ocean are densely populated with the Spanish Anchovies, whereas the Sicilian kind inhabits a few portions of the Mediterranean Sea. The Anchovies are an important ingredient for starters like Caesar Salad and sauces like Puttanesca.

Health Benefits of Anchovies
1. Anchovies are rich in Calcium, which is required for strengthening our bones and prevents them from going brittle when older. According to sources, around 20 grams of this fish consists of 5 percent of Phosphorus as well as 3 percent of Calcium. Both these minerals are very much required for the nourishment of bones.
2. For those who suffer from Iron deficiency, consuming Anchovies yields several health benefits. Around 12 percent of 20 grams of this fish is rich in Iron, a mineral which is required for keeping the body oxygenated. Increase in the flow of Oxygen within the body helps in keeping the cells energized and facilitates the growth of the body. The presence of Iron in this fish helps in strengthening white blood cells and killing bacteria.
3. Anchovies are one of the best sources of Omega – 3 fatty acids, which help in preventing cardiovascular diseases. Servings worth 3-ounces of this fish is said to reduce the probability of being a victim of heart disorders by up to 36%.
4. In addition to minerals like Iron and Calcium, Anchovies are also rich in other nutrients such as Vitamin B-2, Vitamin E, Niacin and Vitamin B-6. The presence of Niacin in Anchovies helps in lowering blood cholesterol to a significant extent.
5. The presence of Vitamin E in Anchovies greatly influences the texture of the skin and keeps it nourished. Anchovies also prevent damage to the skin caused by factors such as sunburns and even reduce the risk of skin cancer.
6. To protect the eyes, it is best to include fish, especially Anchovies in your diet. The high concentration of Vitamin-A in these fishes helps in better vision and slims the possibilities of retina disorders and the dreaded Cataract.
7. Anchovies are high on protein and consist of very less calories, thus they are suited for people who are constantly worried about gaining extra pounds, yet want to pamper themselves with great food. 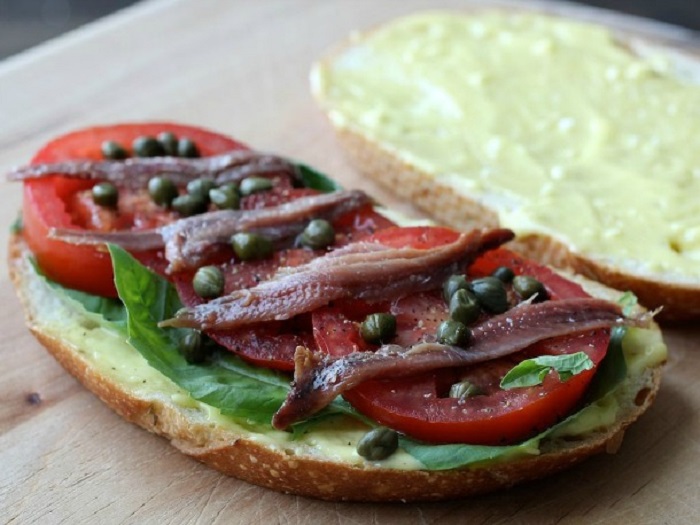 COOKING ANCHOVIES:
Anchovy is popular across the world and is cooked in drastically different yet interesting ways by people belonging to different cultures. Here are two famous recipes which rely on Anchovy as their main ingredient. Here are two Anchovy rich dishes which are popular amongst foodies world over.
PISSALADIERE 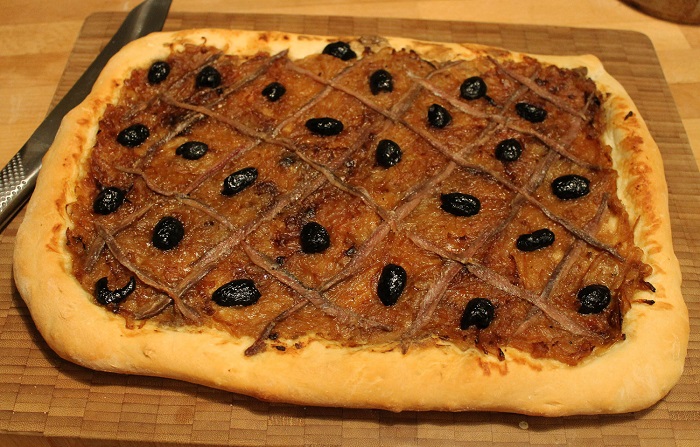 Might seem like a pizza, but this delicacy is far more exotic than those cheese rich breads you order from the nearest pizza store.
Ingredients: 6 medium sized peeled Onions, divided into thin slices, 200g of puff pastry, Garlic, 1 bay leaf, 5-6 salt packed Anchovies, 1 bay leaf, 3 large yellow cloves, Thyme as well as Nicoise Olives.
Procedure:
• A frying pan needs to be heated and a teaspoon of Olive oil needs to be added into this vessel.
• The spices such as the Bay leaf, cloves and garlic as well as Onions and Salt are added to this pan. The resultant mixture needs to be heated on a medium flame for more than an hour, till the onions turn golden in complexion and a lot softer.
• The puff pastry purchased from the shop needs to be readied for cooking, by following the method advised on its packet.
• Meanwhile, fillets of Anchovy are also prepared, which is a chief ingredient of this delicacy
• The Pastry Tart Shell thus prepared, serves as a base, over which the roasted onion mixture is poured and decorated with Anchovy fillets, before serving. 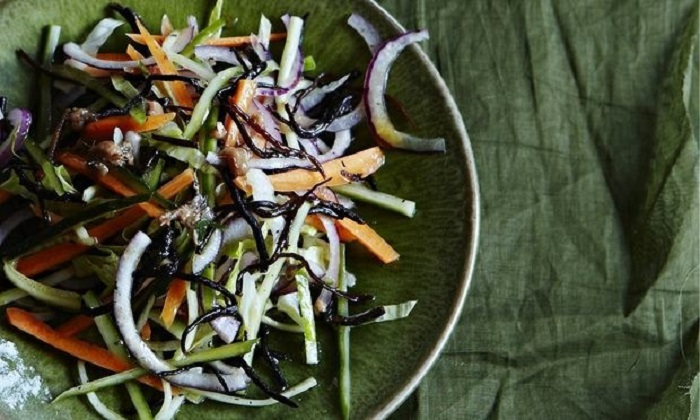 Anchovies are used as catalysts in enriching the tastes of several salads, such as the Hijwiki Seaweed salad.
Ingredients: 10 grams of Hijwiki Seaweed, finely chopped Lettuce, Carrots, Onions and Cucumber, Anchovy fillets, 2 tbsp. vegetable oil, 1tbsp. Wine vinegar, Pepper, Soy Sauce, as well as Caster Sugar.
Procedure:
1. The vegetables need to be rinsed in water and then strained to get rid of any kind of foreign particles.
2. The Seaweed also needs to be cleaned in a similar manner to eliminate dirt and unwanted material.
3. The Hijwiki Seaweed and vegetables are to be mixed together in a bowl along with finely minced pieces of Anchovies. 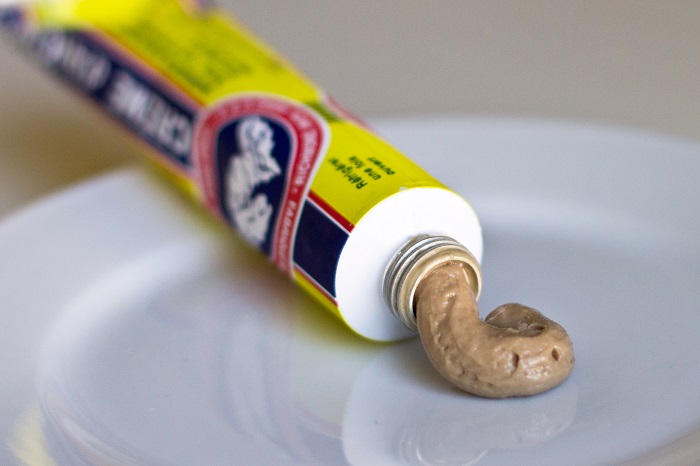 • Unlike most other fish in the market, Anchovies are edible for only a short span and rot easily. One of the easiest ways to find out if an Anchovy is unfit to be consumed, is its mere smell, because stale Anchovies emit a pungent odor. So trust your nose when it comes to judging these fish.
• One of the best bets is to purchase canned Anchovies, which are available in grocery stores. You even find these fishes dipped in oil and sold in jars. The fishes are also compressed in tubes in the form of pastes and sold in the market. However, the pastes that are available in the market are concentrated with preservatives such as Vinegar. 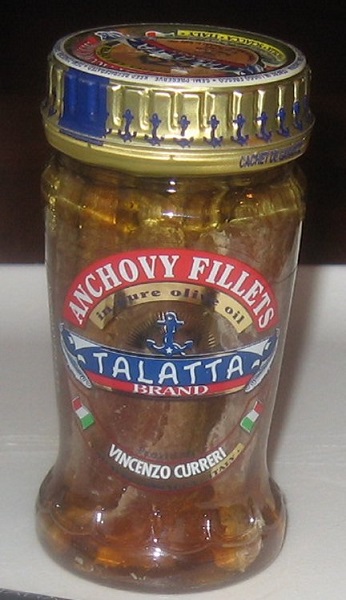 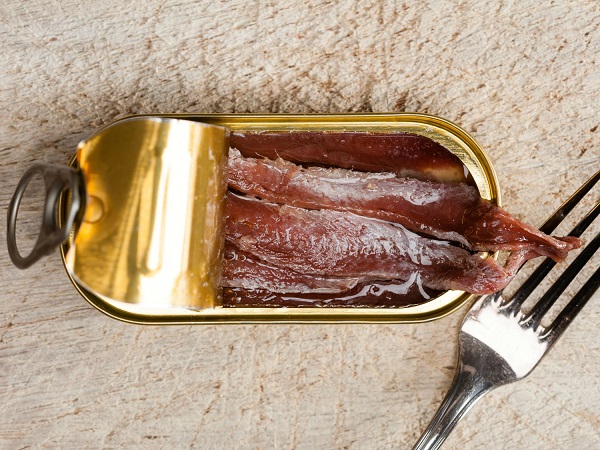