Top 20 Foods To Try In Mexico

Mexican food is incomplete without beans, corn and chilli peppers; these are the most common ingredients used in Mexican cooking. The food of this country is mostly influenced by Mesoamerican and Spanish cuisine. The Europeans who settled in this country brought in the extensive use of meat and poultry in the Mexican food. They also introduced the use of herbs, spices, cheese and various other daily products. At a certain point of time, the Spanish forced their culinary over the Mexican cuisine but this country adapted a gastronomy which is unique even though it is influenced by Spanish, Asian and also African cooking styles. The cookery of this place is also subjective to the ingredients available in the region such as beans and corns which are main ingredients in this cuisine. Apart from these, they also use avocados, tomatoes and also exclusive ingredients like flowers, which we do not find in other food affairs. 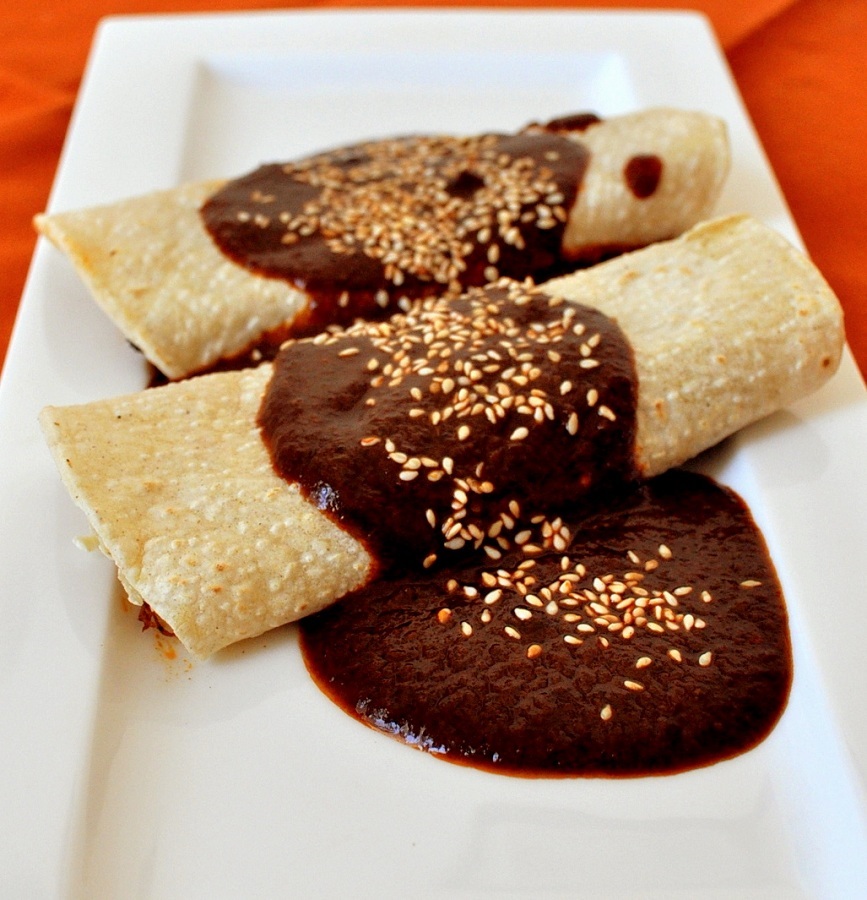 This Mexican sauce consists of various ingredients such as cloves, anise, sesame seeds, coriander, dried chilly peppers, raisins and almonds, ground to a smooth paste and then slow cooked for hours to bring a thick texture. This sauce is served with almost all dishes in the country, especially turkey and chicken sprinkled with some sesame seeds. Mole is known as poblano mole in other regions apart from Mexico. 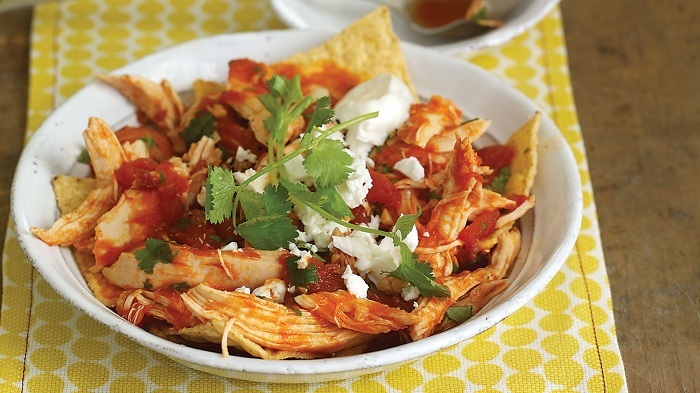 Chilaquiles is one of the most common Mexican foods and it consists of corn tortillas layered with mole sauce or red salsa and cooked to make the tortillas tender. This is then topped with soured cream, queso blanca cheese, avocado and onions. Chilaquiles is often served with meat, eggs or beans. 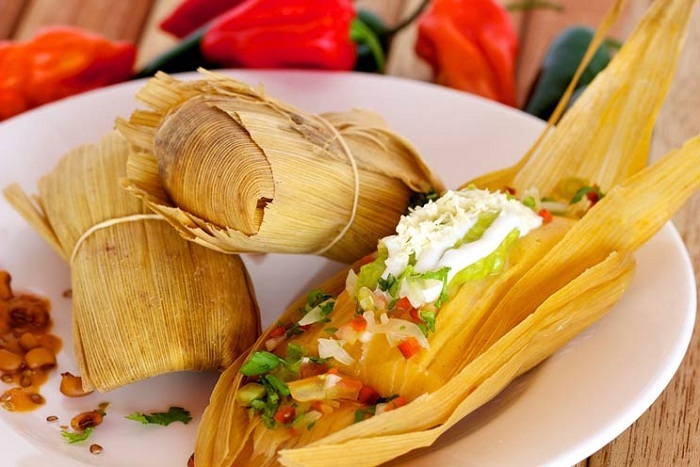 Similar to Brazilian pamonha, Tamales are corn cakes cooked by wrapping them in corn husks. The masa (corn) dough can be added with vegetables, meat, cheese, fruits, chilli pepper, and the liquid in which it is cooked can also be infused with various seasonings. 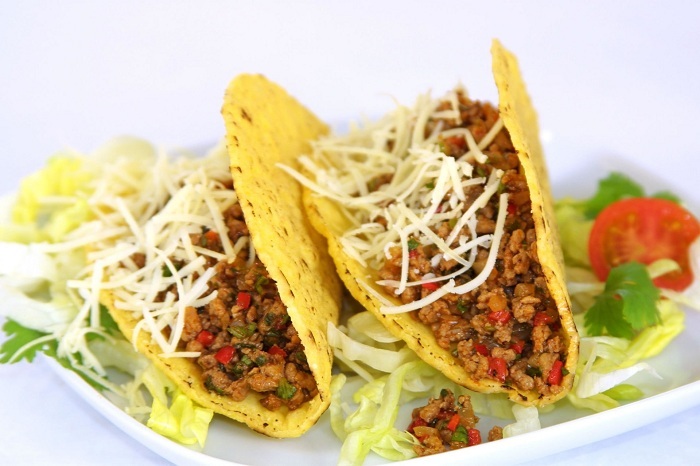 Tacos are famous around the world but it is a traditional dish from Mexico. These are crispy corn tortillas folded to make a half moon shape. Tacos are filled with meat, seafood, cheese or chicken and are garnished with salsa, cilantro, avocado, onion, tomato, or lettuce. 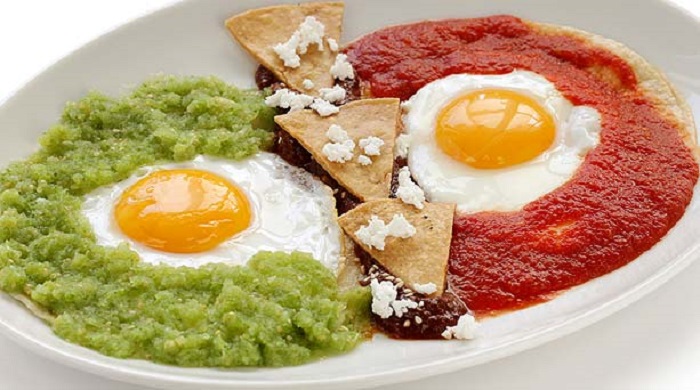 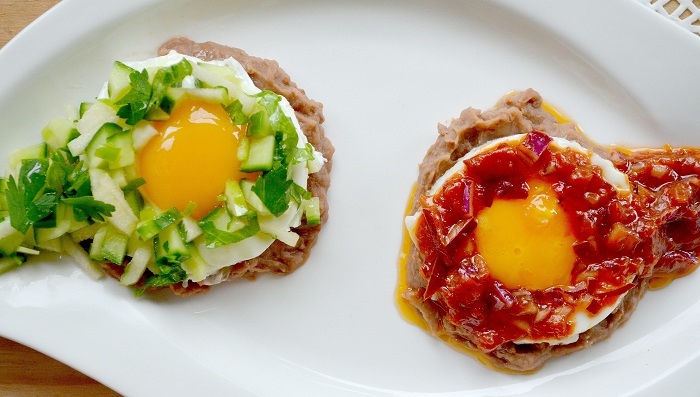 Huevos Divorciados which literally translates to divorced eggs is a breakfast dish popular in Mexico. This dish is made up of two fried eggs, one layered with salsa verde and the other with salsa roja so the eggs look different and taste different too, which tells the reason behind this humorous name. Occasionally, these eggs are separated by a demarcation of re-fried beans and chilaquiles. 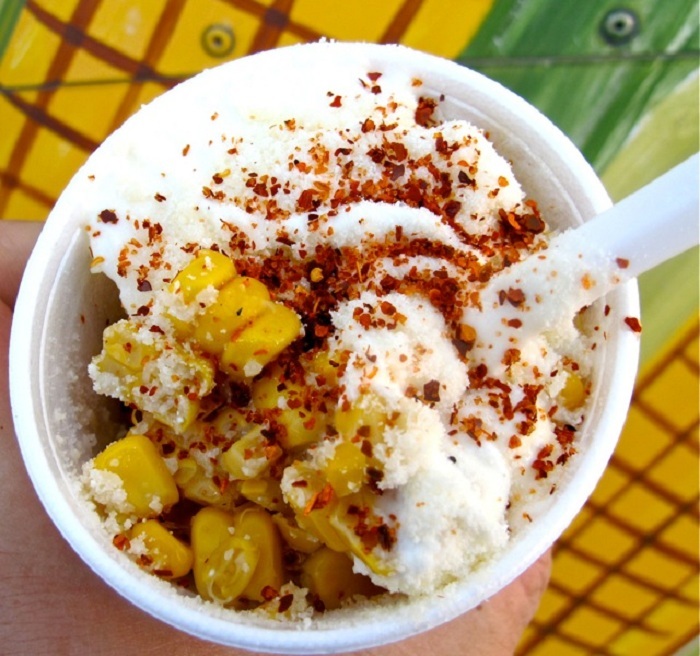 Elotes are corn boiled or roasted and served with salt, lime juice, cheese, butter, chilli powder, sour cream or mayonnaise. In India it is known as bhutta, but in the Mexican style it is generally served with a stick pierced into the corn to form a handle. The corn seeds are cut and served in a bowl with the same garnishing such as lime juice, cheese and butter which is called esquites in central and southern Mexico. 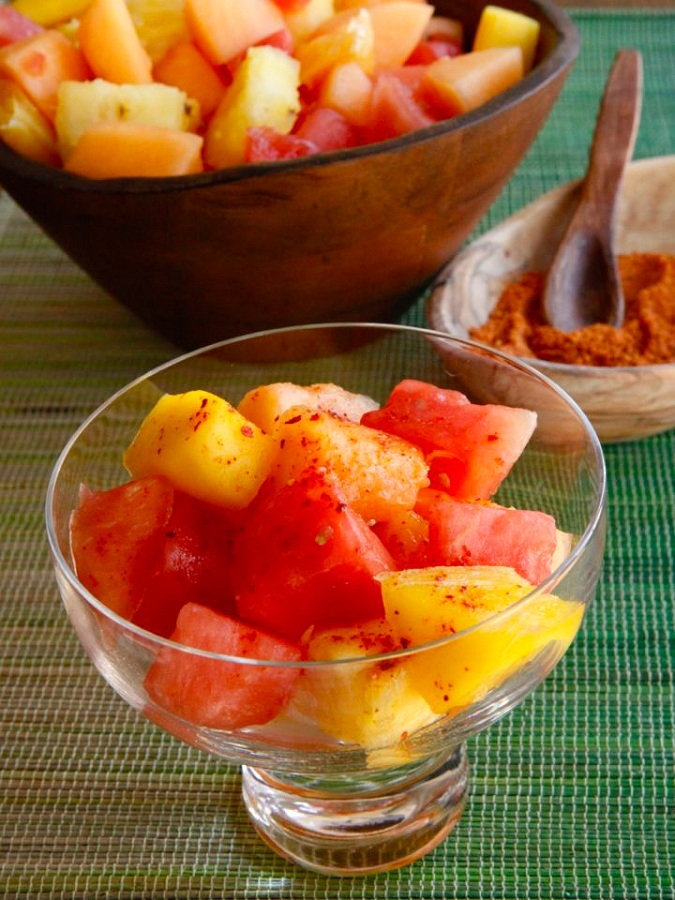 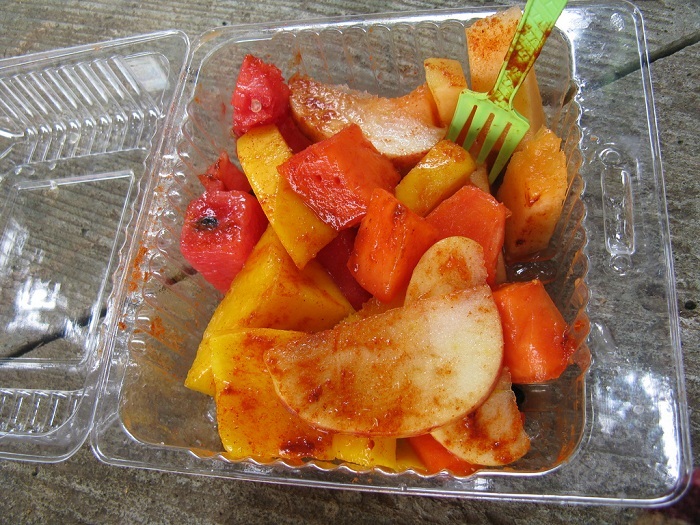 Simple yet scrumptious! A mixture of juicy and soothing fruits sprinkled with a decent amount of chilli powder is what makes fruto con chile. The tangy sweetness of fruits is well complemented by the hot chilli flavour. 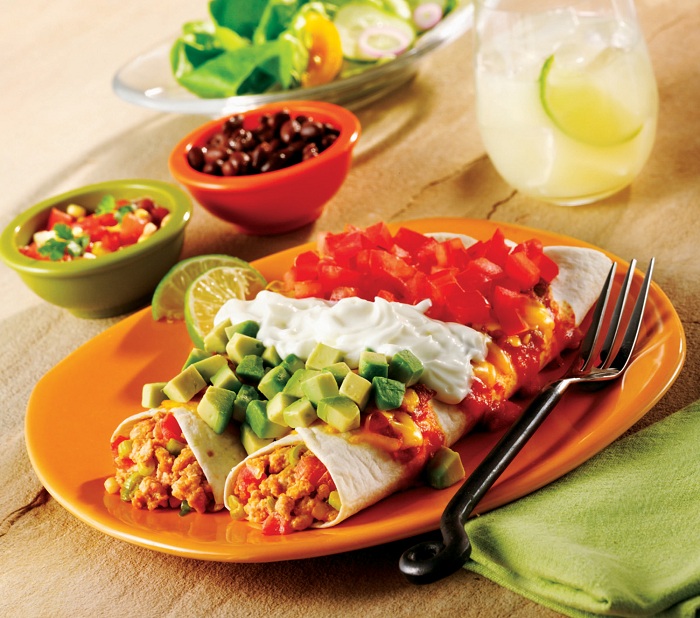 Corn tortilla rolls stuffed with ingredients such as potatoes, cheese, meat, seafood and vegetables and dripped over with a generous amount of chilli pepper sauce. This dish originated in the Mayan times and makes for a filling breakfast. 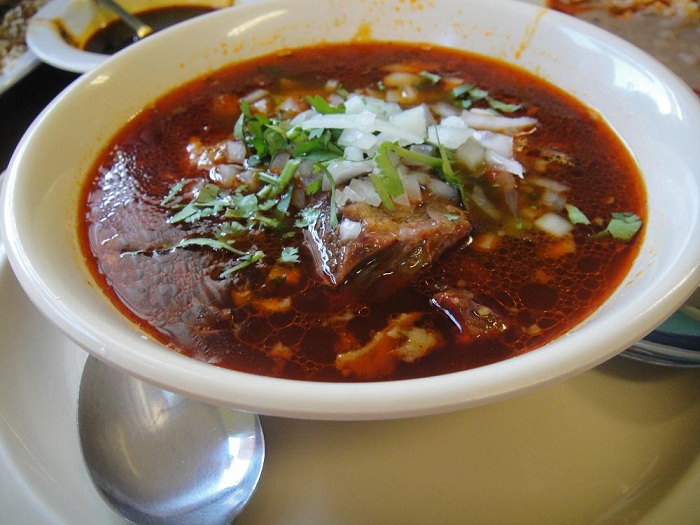 Belonging to the Jalisco state of Mexico, this meat stew dish is spicy and the meat makes it a satiating food item. Birria is prepared by slow cooking meats such as beef, goat, lamb, veal or pork in a number of spices to make the meat tender and delicious. However, poultry is not used in cooking this stew. Some people prepare birria with a combination of all the above mentioned meats which gives it a piquant taste. 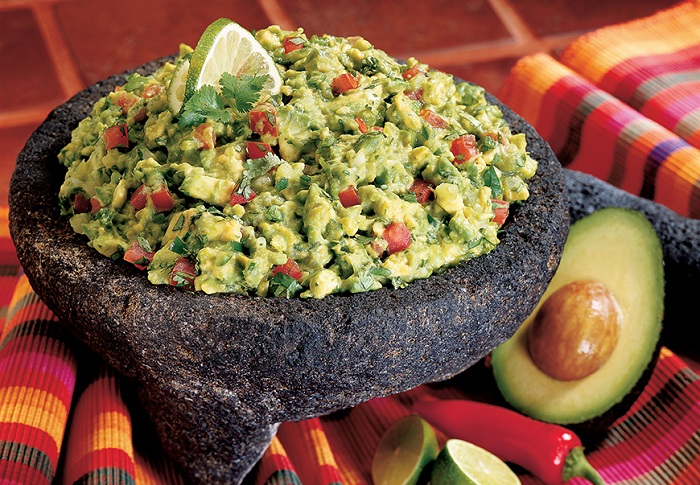 A green smooth dip prepared with buttery avocado owes its origin to the Aztec group of Mexico. The avocado paste is also used in salads and has become well known in American cuisine. Avocado mixed with sea salt is what guacamole is all about; depending on choice, onion, chilli, garlic, tomato, pepper, cilantro or lemon can also be added to the dip. 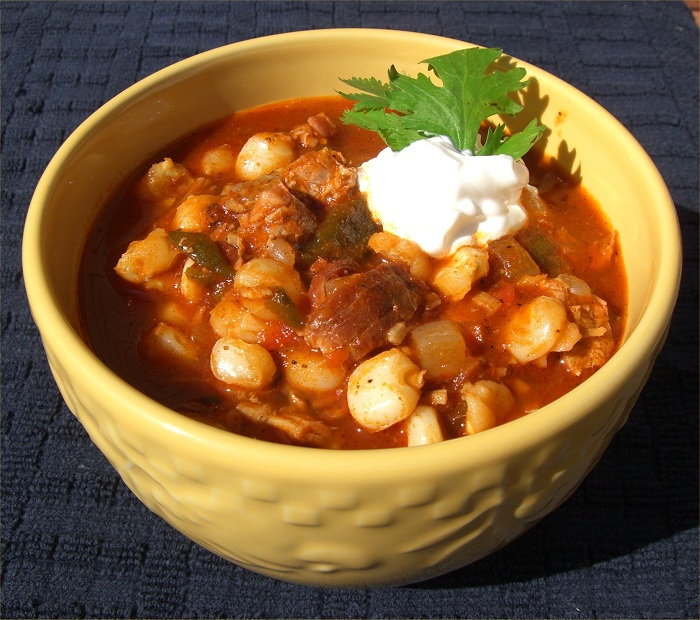 Pozole also known as pozolli, posole or pozolé is the name for traditional Mexican soup. The soup essentially contains hominy along with cabbage, radish, lime, chilli peppers and of course meat. It can be served with salsa or sour curd and garnished with cilantro. 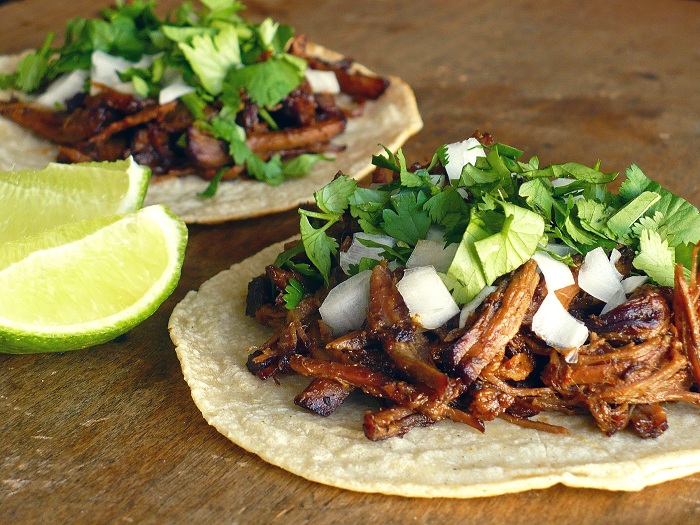 Originating among the Taíno people of the Caribbean, this is a process of cooking meat for a long time. Nowadays, a pit is dug wherein a whole lamb or sheep is placed and covered by maguey leaves, which is then roasted for days till the meat becomes tender. The meat is then served on tortillas and accompanied with onion, cilantro and lime. 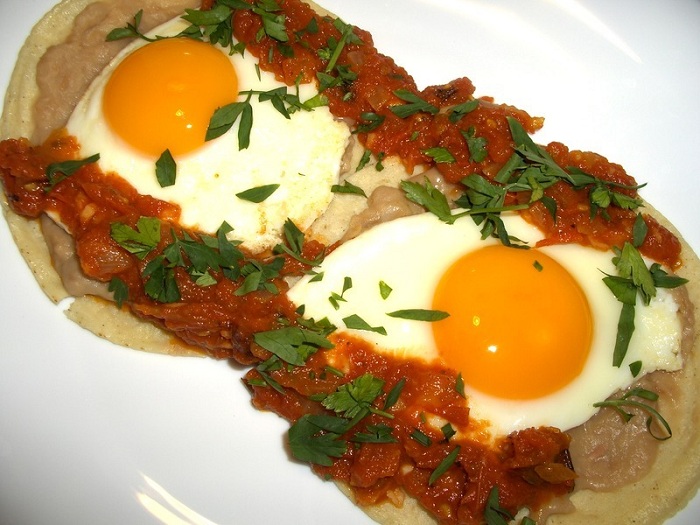 Rancher’s eggs or Huevo Rancheros is a Mexican breakfast item. Tortillas form the base onto which two eggs are place and topped with tomato-chilli sauce and cheese. Often, we find re-fried beans, rice, guacamole or avocado served alongside Huevo Rancheros and garnished with cilantro. 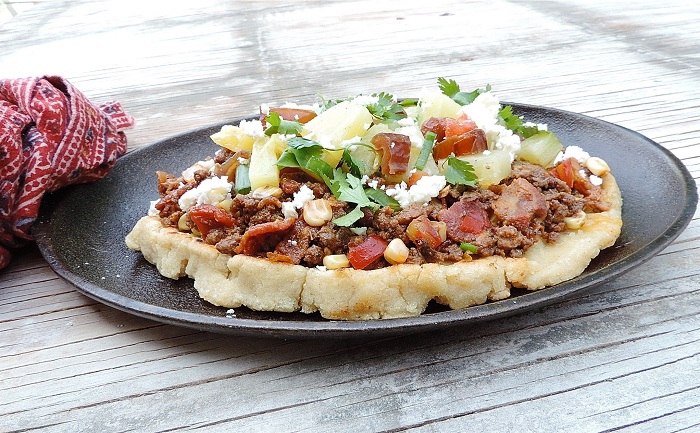 This oblong shaped dish makes for a perfect snack and consists of a masa base thicker than tacos. The base is covered with meat, salsa, onion, cilantro, and last but not the least, cheese. This dish originated in Mexico City in around 1930s and apart from being popular in the place of its origin, it is also famous in places like Chicago, San Francisco, New York and Houston. 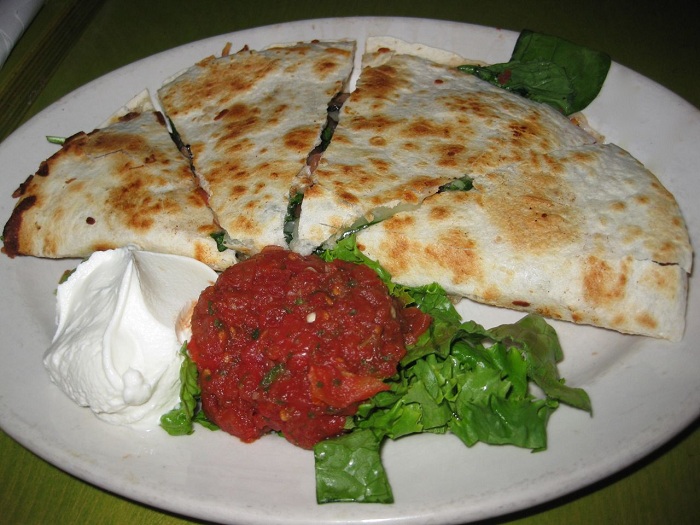 Similar to tacos but the Quesadilla has softer base. The base is filled with cheese, veggies or meat, cooked on a pan and folded to form a semi-circular shape. Originated in Mexico during the colonial times, this dish has undergone immense changes ever since. 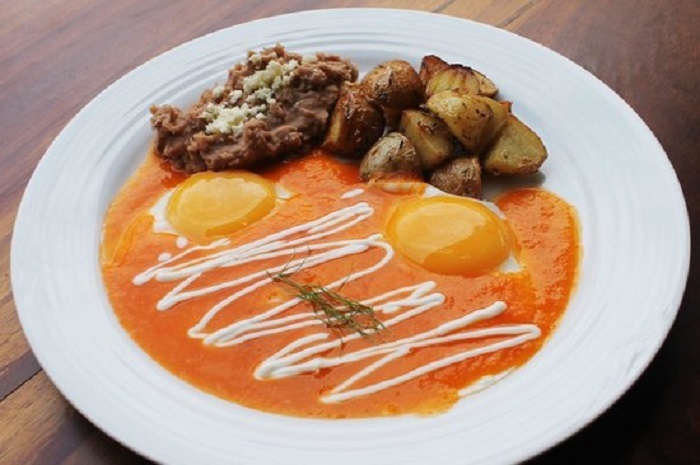 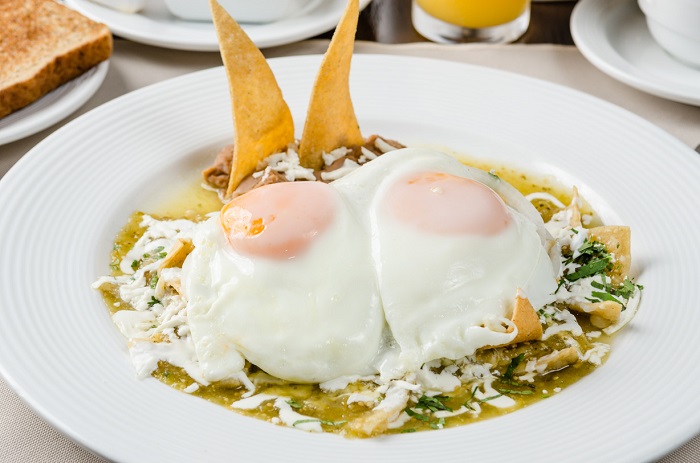 Huevo al Gusto literally means ‘eggs of your choice’ or ‘eggs to your pleasure’, so this is one Mexican food which can be customized by us in accordance to our want. Fried, scrambled or poached, specify your need and the eggs will be served accordingly, which is served with potato, re-fried beans, cheese, cream or cilantro. 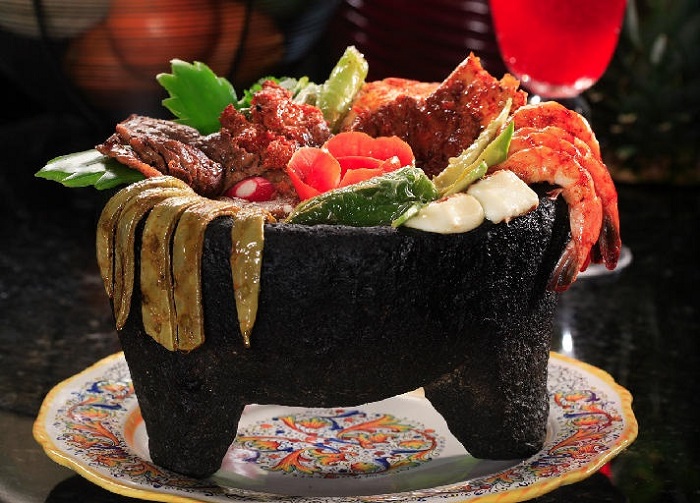 In Mexico the mortar and pestle is made of stone and is known as Molcajete. The stew which is prepared and served hot in this molcajete is also known by the same name. On a cold chilly weather, this veggies-meat stew is sure to rejuvenate our senses.

This lime soup is a special attraction in Mexican cuisine especially in Yucatan peninsula. Shredded chicken or turkey dipped in lime soup makes one’s mouth water. Onion, tomato and tit bits of tortilla chips are some of the other ingredients which can be added to this soup. 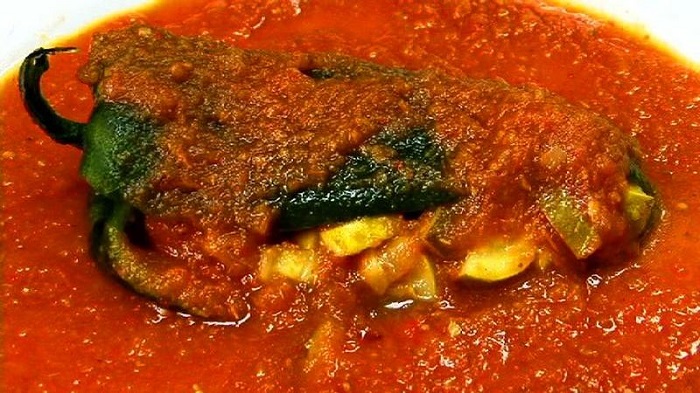 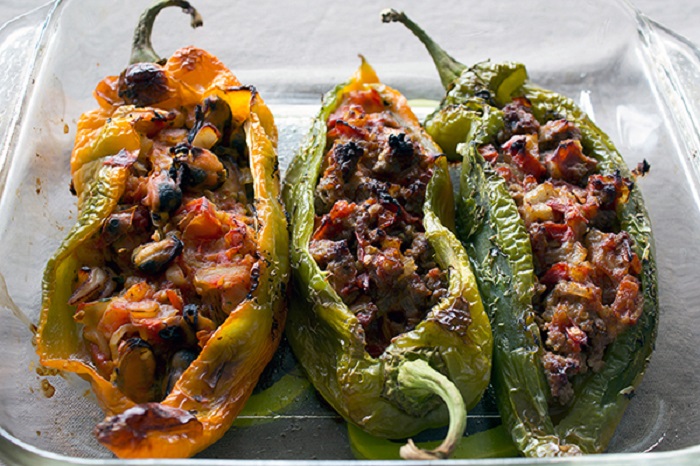 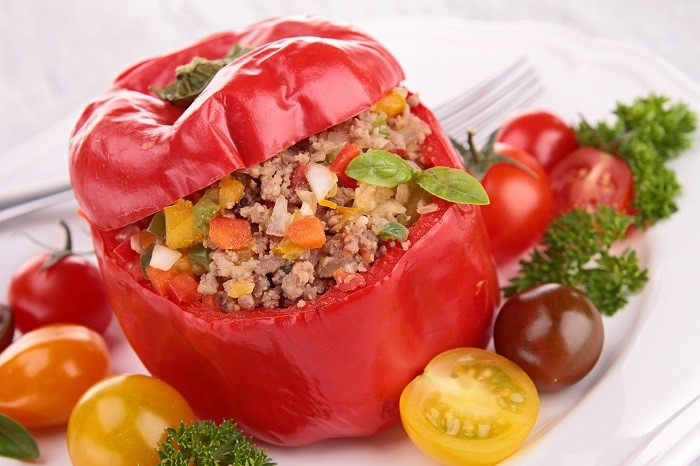 Poblano pepper filled with cheese, immersed in batter and deep fried creates this wonderful snack. The pepper can also be stuffed with ingredients and roasted or baked. Stuffed bell peppers which are baked also form in the same category of food and are known as chile morron relleno. 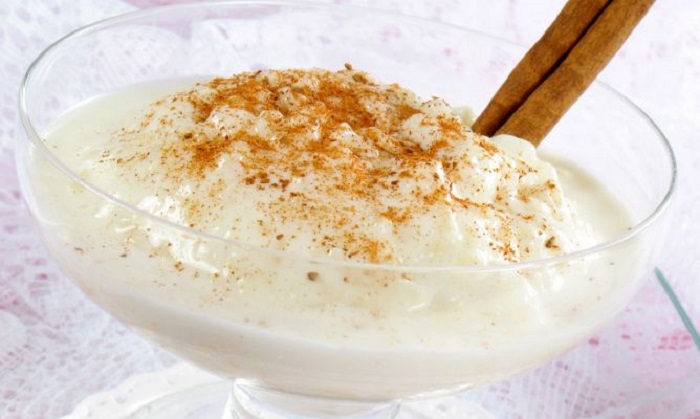 Cheers to this simple rice pudding which makes this list consummate. This dessert is made with rice, milk or and cinnamon, a sweetener and raisin. It can also include nuts which will give it a natural twist. Rice puddings are popular around the world and every region adds their own touch of flavor to it.