admin
on June 16, 2015 at 11:42 am
Nuts & Seeds
Main Name: Coriander Seeds
Biological Name: Coriandrum sativum
Names in other languages: Coriandro (Spanish), Coriandre (French), Dhaniya, Kothmir (Hindi), Kothamalli vidai (Tamil), Kothambalari (Malayalam), Dhaniyalu (Telugu), Dhoaney (Bengali), Dhane (Marathi), Dhaniya (Gujarati, Oriya, Urdu & Punjabi)
Along with the wonderful color and presentation this ingredient adds to delicacies, a delightful aroma and flavor is infused into each bite placed in the mouth. Known by different names in different parts of the world, this pungent tasting herb is called coriander, or dhania in the Indian Subcontinent and cilantro in the Americas and parts of Europe. However, whatever name this herb is known as, it has successfully established itself as a condiment, a garnishing or a decorative element in most food preparations. Just like the aromatic and flavorful leaves, its dry fruits, known as coriander or coriander seeds serve as an important ingredient to many dishes. Scientifically known as Coriandrum sativum, the word coriander has been derived from the Greek word ‘koris’ which means ‘bug’, due to the buggy smell that the seeds have when unripe. Besides the numerous culinary uses, coriander seeds contain important vitamins and minerals, essential for a healthy living. Listed here are the various beneficial properties that coriander seeds have.
History
Coriander is believed to be one of the oldest spices being used by mankind, with its history tracing back to 5000 BC. Although coriander is native to the Mediterranean and Middle Eastern regions, it is known to be used in the kitchens of Asian countries for centuries. Records have been found with regard to the use of coriander in ancient Egypt and the same has itself mentioned in the Old Testament. The Greek and Roman cultures used it as a spice initially and later extended its use for preserving meats and flavoring breads. The Romans spread the coriander all over Europe, while the Spanish conquistadors introduced it to Mexico and Peru, thereby becoming the first of the spices to be brought to America. Till date, coriander is valued as a flavoring agent in the culinary traditions of Latin American, Indian and Chinese cuisines. But the Russian Federation, India, Morocco and Holland are the major commercial cultivators of coriander seeds. 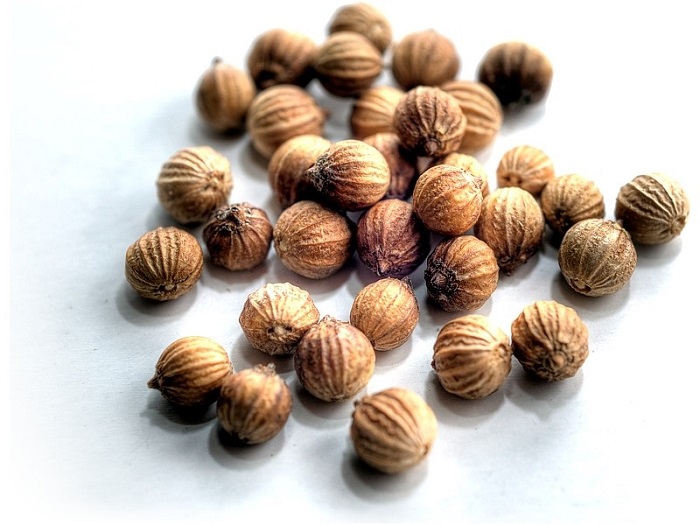 By Bierfaß (Own work) [CC BY-SA 3.0 (http://creativecommons.org/licenses/by-sa/3.0)], via Wikimedia Commons 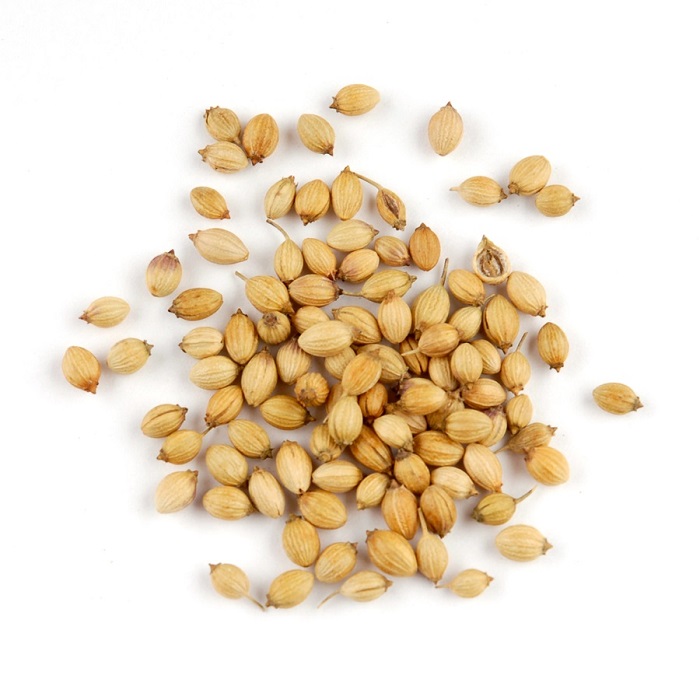