Each one of us has a favorite beverage for sure. While some can’t do without their morning cup of coffee, others need to drink tea to start off their day. For others, there’s always a cocktail or a mocktail or any other alcoholic drink. Some of the most popular alcoholic beverages around the world include beer, whiskey, rum and vodka. However, there are some that are popular in certain regions only, ginger beer being one of them. For all those of you who had been avid readers of Enid Blyton’s ‘Famous Five’, as a child, it’s no hidden fact that your favorite crime investigators, George, Anne, Dick, and Julian were big time ginger beer drinkers. And for those who have never read the children’s classic adventure series, you might have tried the ever-so-popular cocktails ‘Moscow Mule’ from America and ‘Dark and Stormy’ from Bermuda. If you have, you definitely know what ginger beer is, because these two vodka and rum classic cocktails use it in abundance. In case you haven’t, and you are curious to know about it, here’s what it is.

What is Ginger Beer?

Ginger beer first evolved in Yorkshire, England in the 1700s. A concoction of lemon juice, sugar, ginger and water was prepared, which was then fermented with the help of a symbiotic colony of yeast and bacteria, which came to be referred to as the “ginger beer plant”. Ginger beer was alcoholic with the content being at the most 11 percent. As years went by, this drink became well-loved in the country of its origin, and this fame travelled to several parts of the United States of America, Canada and Ireland as well. Owing to the ingredients used, the content of alcohol was quite high, and to make it less potent it had to be bottled and refrigerated as soon as possible. 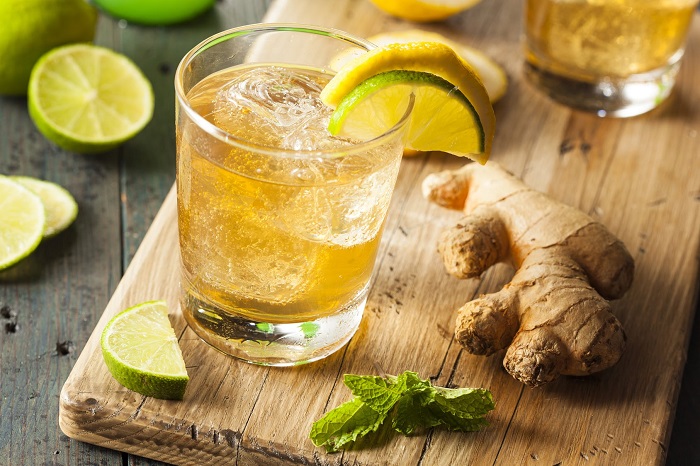 Ginger beer is made from ginger root, which contains several compounds that help ward off various medical conditions. Though the quantity of ginger root used in this kind of beer varies depending on the brand, the beverage does offer numerous health benefits to its drinkers. In case you love brewing your own beer at home, there’s no limit to the nutritional plus points it has. Non-alcoholic ginger beer helps reduce nausea which could be a result of triggers like motion sickness to morning sickness. What makes it better is the lack of any side effects, hence making it a safe medicinal beverage. Various studies have been conducted on the health benefits of ginger beer, and it has been found that because of the active compounds found in ginger root, the drink has the potential to prevent the occurrence of cancer. One such survey proved to be an eye-opener, where people who ran the risk of being diagnosed with colorectal cancer were divided into two groups. While one group was given ginger beer, the other had to take a placebo. After almost a month, the people in the group that consumed ginger beer regularly were found to have less of a possibility of acquiring cancer, than the other category. Apart from avoiding cancerous cells from developing, ginger beer also has anti-inflammatory properties, which work on arthritis as brilliant as any other medication. Ginger root, and hence the beer made out of it also takes care of our cardiovascular health. It helps to prevent coagulation, hence ensure smooth flow of blood in our body. Apart from that it helps reduce bad cholesterol, hence prohibiting the chances of arteriosclerosis and other coronary disorders. In case you suffer from chronic migraine and headaches resulting from other triggers, ginger beer can be a good remedy. Not only would you be getting the chance to enjoy a drink, you also gain in various ways from it.

The Difference Between Ginger Beer And Ginger Ale

It was only in 1851 that ginger ale was invented in Ireland, which was modified slightly by John McLaughlin in the early 1900s and was named Canada Dry. The previous version, called Golden, which is not that commonly available these days, contains more of the punch of ginger. The Canada dry, however, is more subtly flavored, and is more preferred worldwide. 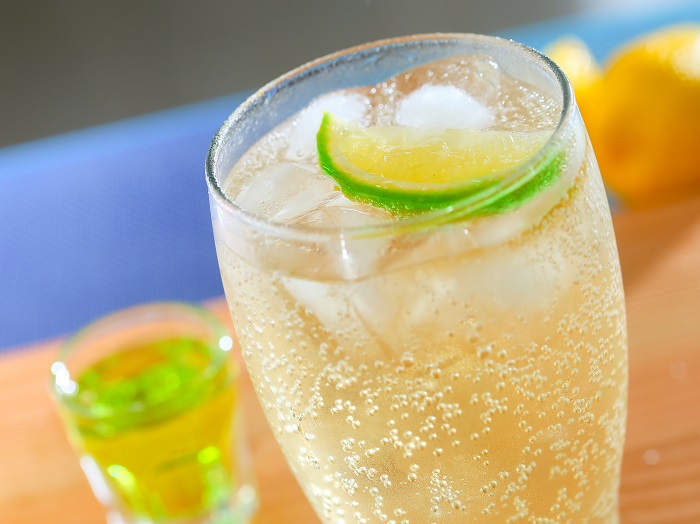 The major difference between ginger beer and ginger ale is the fact that the former is prepared by fermenting its ingredients, while the latter is merely a mix of ginger essence with carbonated water. The other difference is the fact that ginger beer is alcoholic, irrespective of the negligible percentage, while ale has absolutely no alcohol content in it. It is a completely different matter that in present times, ginger beer is categorized as a non-alcoholic beverage. Over the years, the line between ginger beer and ale has somewhat blurred, with several beverage manufacturers naturally brewing both the drinks. How you can make out the difference is by closely observing the dissimilarities in taste. Cocktails like ‘Moscow Mule’ insist on the use of ginger beer solely because of the gingery kick it adds. It was in fact the ‘Moscow Mule’ that not only made ginger beer popular with pub hoppers, but also brought vodka into the limelight. 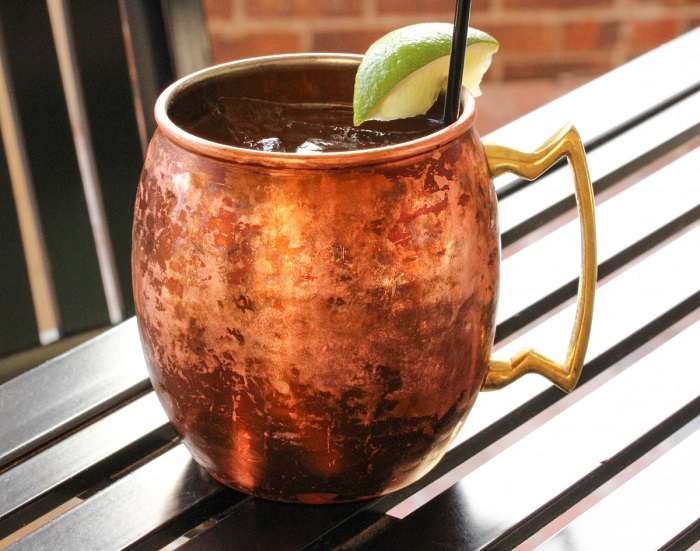 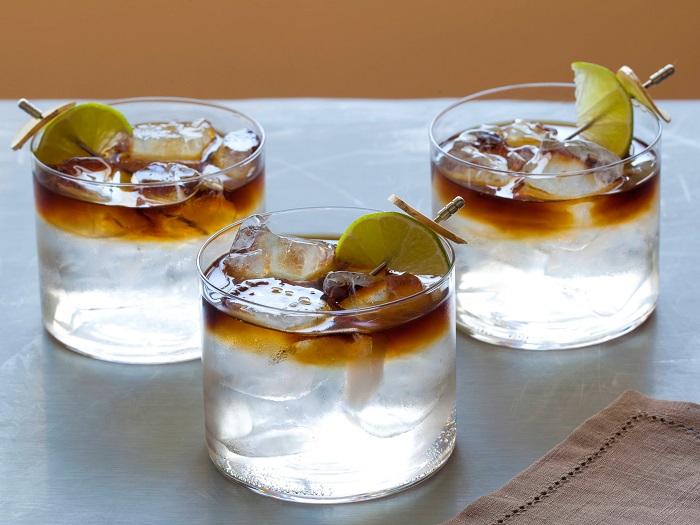 It is because of the fact that ginger beer is fermented and has a small percentage of alcohol that it packs in more of a punch than its carbonated counterpart. Its spicy zing makes it a favorite for both cocktails and neat drinks. Moreover, the ale that is available in the market these days are overloaded with sugar and only incorporates a mild artificial flavor instead of real ginger. In case you are a big fan of ginger beer, but are in the mood for experimenting and feel like substituting it with ale, be warned, because you might be disappointed with the sweeter, fizzy drink. However, it is ginger ale that has gained popularity nowadays, because of the fact that over the years the alcohol percentage in ginger beer has reduced from 11 to 0.05. 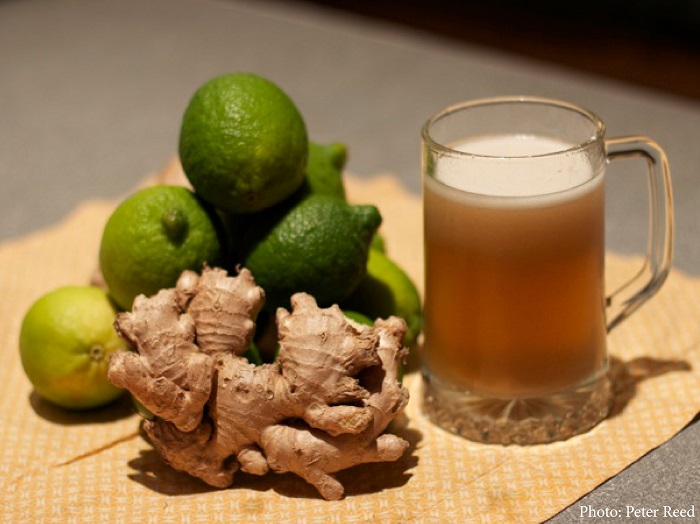 Ginger beer or ginger ale, it’s your pick, for whatever reasons you may choose. For now though, happy drinking!