George Bernard Shaw had rightly quoted, “There is no sincerer love than the love of food.” We work day in and day out to earn three square meals a day, and if that food fills our tummy and leaves us satiated, what more can we want. The best of every cuisine might not be found only on a well-intended juxtaposed restaurant platter but most of the time if you really want to taste authentic food of a particular region in its raw form then your go-to options are the street stalls. One of the countries where you can get feast on the street food is Greece and while you are going through a Greek street your nose tells you half the story while your tongue recounts the rest of the tale. 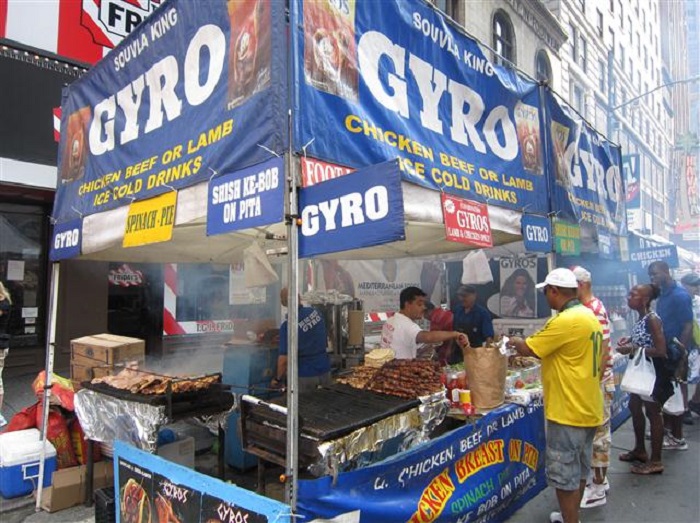 The mouthwatering smell of gyros attracts people even from a far off distance and is one of the best street food delicacies in Greece. Meat placed on a vertical roaster which spins throughout the day so that the meat gets cooked perfectly and tender while simultaneously luring passersby. This is similar to the Turkish Doner kebab and sometimes the rotating device is placed horizontally. Gyro meat is often served hot which pita or other breads along with the Greek white sauce called Tzatziki. 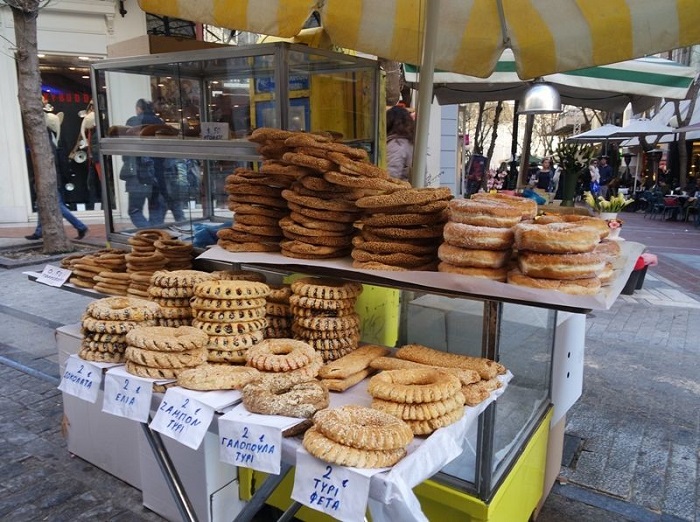 Koulouri is another food which is famous as a street food and easily available at street stalls as well as bakeries. This bread has a history transcending through generations and was first made in the city of Thessaloniki by the refugees. Crusty outer layer and decorated with shiny sesame seeds, this is a filling diet. With change in time, people experimented with this renowned snack and produced different flavors of this round bread like cheese, cinnamon, and olive. 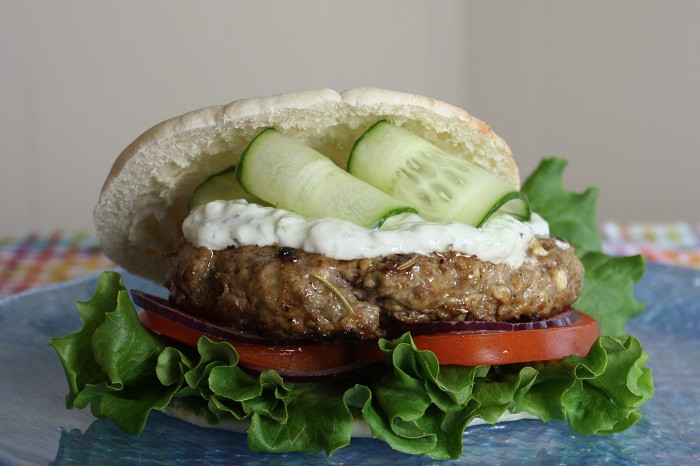 One bite of this scrumptious burger and at once you get the taste of well-seasoned ground lamb meat, delectable Greek white sauce and some veggies tickling your tongue with a diverse yet unified flavor. Hunger is the best sauce but the Greek sauce Tzatziki is on par with its piquant flavor. The grilled spiced up lamb patty fits exactly into the sliced bun and topped with a decent amount of creamy Tzatziki. 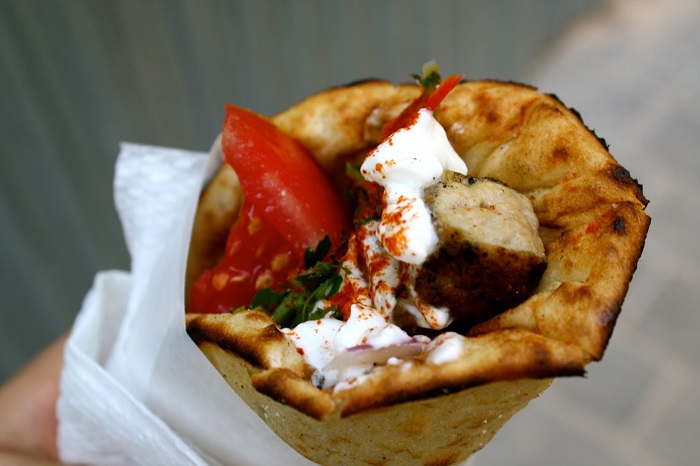 Diced meat and vegetables, laced with oil, sprinkled with pungent spices, carefully put into a wooden skewer and grilled to perfection, this is what constitutes the treat called Souvlaki. Souvlaki can be with pita, bread or rice but the relishing plate must contain these grilled flavorsome pieces. 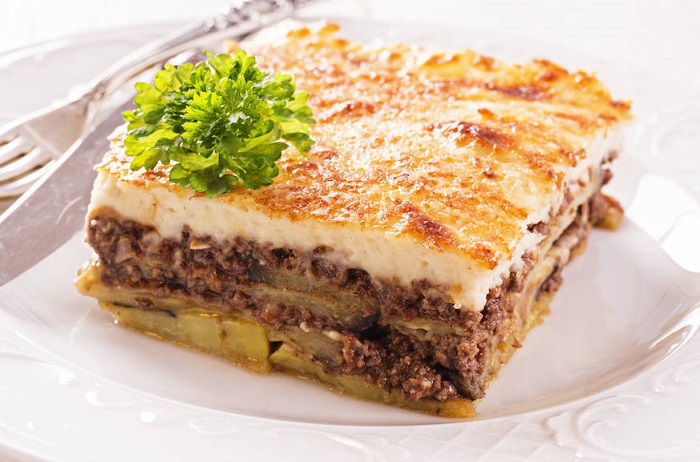 Eggplant and meat, sounds so disconnected, but sometimes reality has the power to surprise imagination. This legendary Greek dish has brought together eggplant and meat in such a manner that the dish just seems and feels complete by itself. Cooked separately and then layered, shrouding one another, and the juicy eggplant, fibrous meat and smooth béchamel sauce are baked to make the hearty Moussaka. 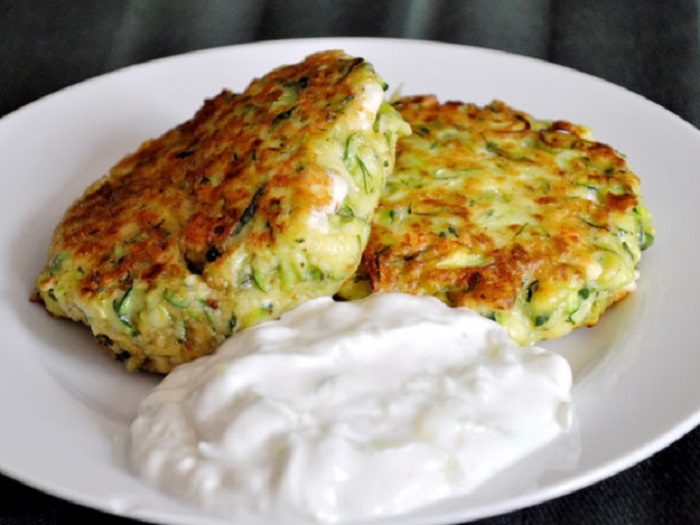 Zucchini has high nutritive qualities but the vegetable is not preferred much in its raw isolated form. The zucchini is concocted with various veggies (of preference), and then mixed with flour and egg to keep it compact while frying and offer that luscious golden-brown hue. These fritters are a pleasant snack easily available at the street stalls and served with Tzatziki sauce. 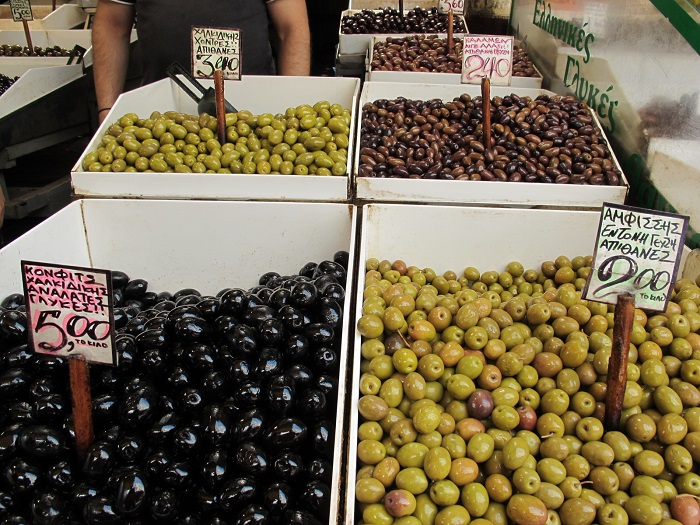 Olives have been a part of the Greek culture since time immemorial and were even once considered holy. This country is home to a variety of olives and the fruit is integral in their cuisine. The extensive use of olives and olive oil is a distinct feature observed in their cooking. 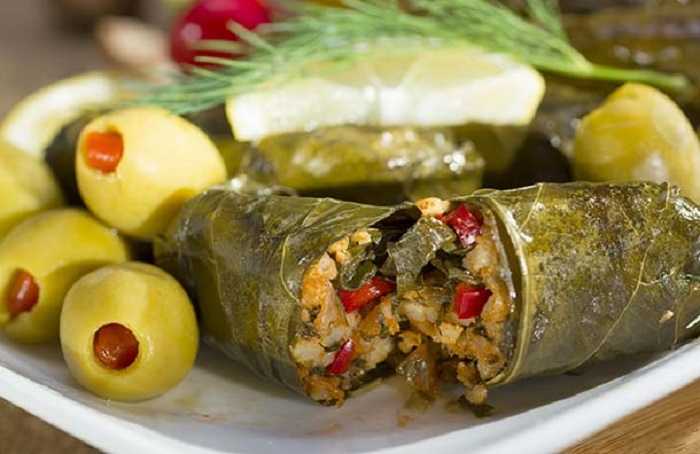 We know about rolls and wraps wherein breads are used as a sachet of different fillings, but a Dolma wrap is different from these. A Greek dolma or dolmades uses grape leaves to envelope all the ingredients like tomato, eggplant, olive, zucchini, onion and garlic and cooked. The waiting time for this leaf to unwrap is hard to pass. The aroma of all the ingredients instilled with that of the grape leaf is mouthwatering. 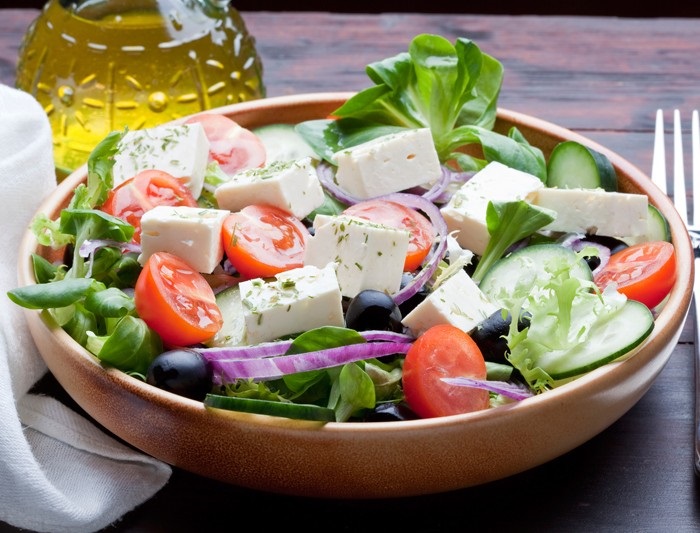 A bowl of health offered by the Greek cuisine is their salad; simple, fresh, nourishing and yummy as well. Juicy tomato slices, milky feta cubes, soggy cucumber, mushy zucchini, velvety olives, a pinch of salt, a drizzle of oregano and glossy olive oil, that’s it. All these ingredients collaborate to create a magical bowl of salad, the Greek salad.

This cheeselicious bread’s crunchy coating coupled with soft sticky interior is a favorite among the Greek people. Peynir means cheese in Italian and this Greek bread is somewhat close to the Peynirli Pide of Italy. Flour dough flattened into boat shapes, filled with kasseri cheese, sprinkled with a little sugar and salt, combines to make this awesome treat. Nowadays, this bread is also topped with olives, tomatoes and zucchini which give it a vibrant color and a distinct flavor. 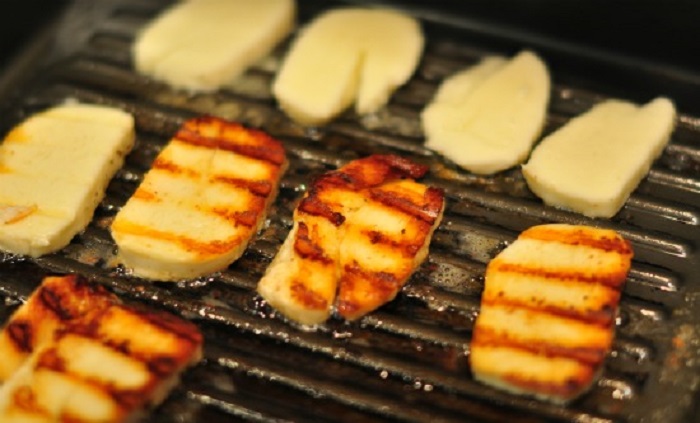 Halloumi is a particular cheese made with milk of goat and sheep and owing to its high melting point this cheese can endure the heat of a grill,  and as such has become a popular snack in Greece. The yellow colored cheese, when grilled, gets a dark brown striped texture from the grid and the smoky flavor adds to its taste. A must try food, and the true taste of this could be found only by the street stalls. 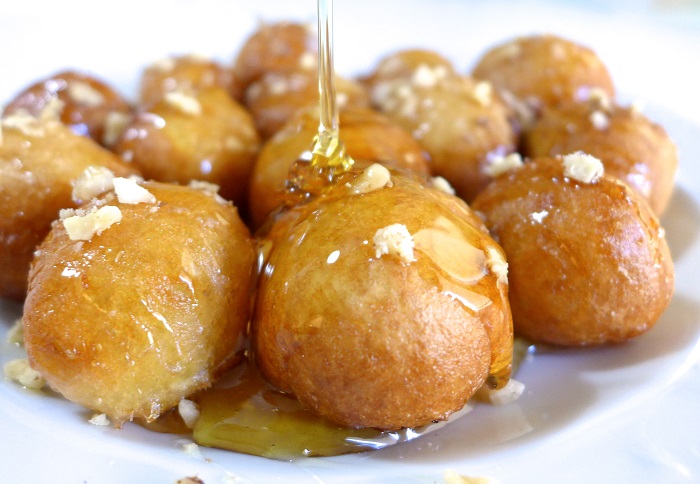 Loukoumades are Greek version of the popular dessert donut with Greek twists. The dough is divided into small parts, shaped into round and deep fried till it achieves a beautiful yummy color. These hot donuts are then immersed into honey and served with a little drizzle of cinnamon.