Popular Brazilian Food We Have To Try At Least Once In Our Lifetime!

Some people ‘eat to live’ while some others ‘live to eat,’ in either case the prime factor is food. Yes, we cannot imagine a life without food which is invariably an integral part of our daily routines and has evolved with leaps and bounds as time has taken its course. From raw, to cooked, it has reached the state of fast food, and on-the-go food is now in vogue. Owing to the needs and means and the peculiar taste of every region, countries have developed their own cuisine, and the best way to savor this huge gamut of foods is the street food which every state has to offer. There are many countries popular for their street food, and Brazil is one among them, a place where cheerful beaches, windy sand dunes, rustling waterfalls and beautiful landscapes converge into one. The secret of their street food cuisine lies in its simplicity; commonplace ingredients come together to create a unique dish which has distinct flavors and a high delectability quotient. Following is a list of some unassuming food items from Brazil which is sure to get a grip on your pallet like an incantation. 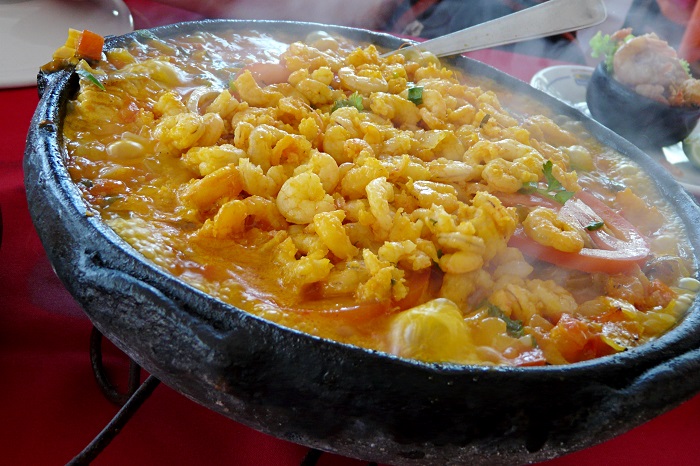 This fish stew essentially includes tomatoes, garlic, coconut milk, onion, coriander and palm oil. It is cooked in an earthen pot on a low flame, which makes the ingredients infuse each other’s flavor to create this scrummy stew. Moqueca bahiana and moqueca capixaba are two different types of this stew and the basic difference in these is that in moqueca capixaba olive oil is used in lieu of palm oil.
2. Feijoada 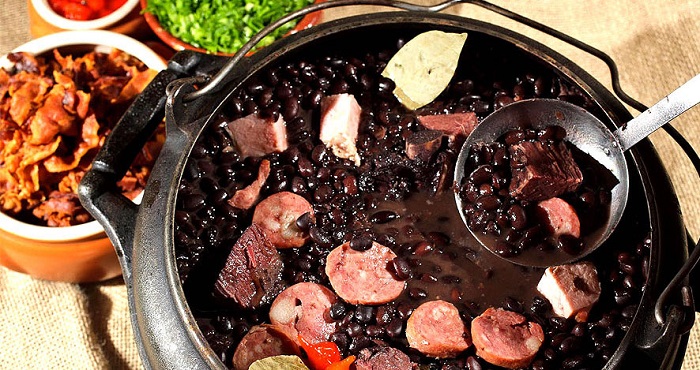 This is a meat stew, specifically beef or pork, and beans, slow cooked in a clay pot. A dish belonging to the Portuguese culinary, this is predominantly prepared in most countries which were Portuguese colonies at one point of time. Depending on the country, the stew has different variations, like some use white beans while others use kidney beans as a key ingredient. Meat, beans, vegetables and spices blend together to make this highly proteinaceous food which has a superlative taste.
3. Acarajé/ Akara 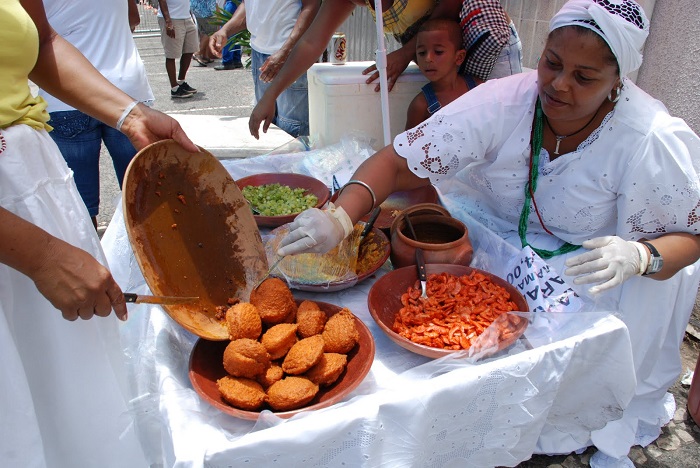 Easy-to-cook with minimal ingredients, this is one of the most relishing snacks the Brazilian cuisine has to offer. It is a renowned street food in Brazil and one can effortlessly relish the hot and fresh fried Acarajé available at the street stalls. Black-eyed peas (lobia) and onion are ground to prepare the batter which goes into palm oil to form these scrumptious golden brown orbs. 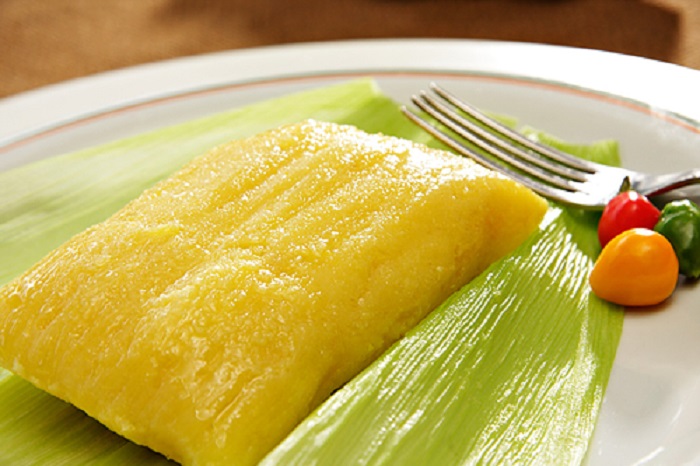 A mushy corn cake made with corn and milk batter, wrapped in corn husk, this is yet another sought-after delicacy the Samba nation has to offer. The batter filled in the corn wraps are boiled till cooked and when the husk is unwrapped, you find a tender glossy dumpling inside. It can be served as a desert or a simple snack, which just requires a change in the filling added with the corn paste. Meat, fish, cheese, sausage, coconut, anything can be added to the filling to enrich its taste according to the raging appetite of the buyer, but if you want to indulge in the unadulterated taste of corns, you can always have it in its plain-original form. 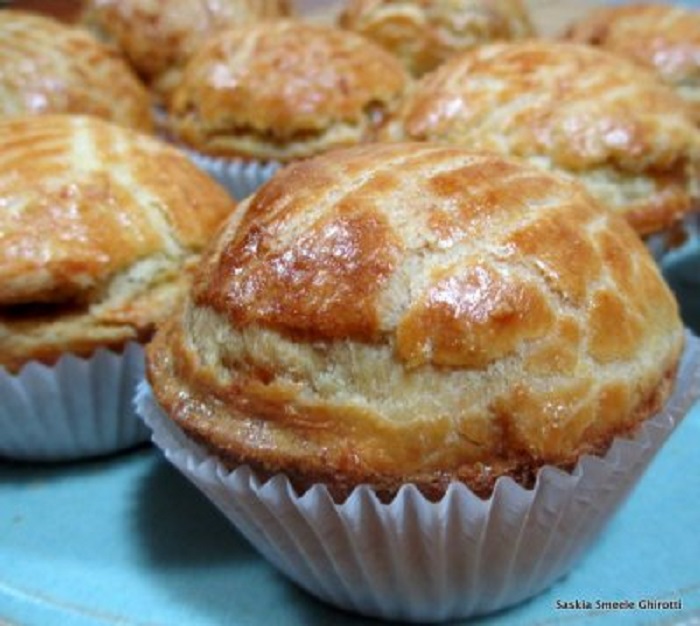 One of the most adored Brazilian snacks is the Empadinha or chicken pie. These are small pastries made with shredded chicken, tomatoes, onion, garlic and spices concocted together, put into molds and baked till the perfect golden brown hue is achieved. A bite of the empadinha transcends one to another world and coupled with a cup of tea or coffee results in it being a gratifying combination. 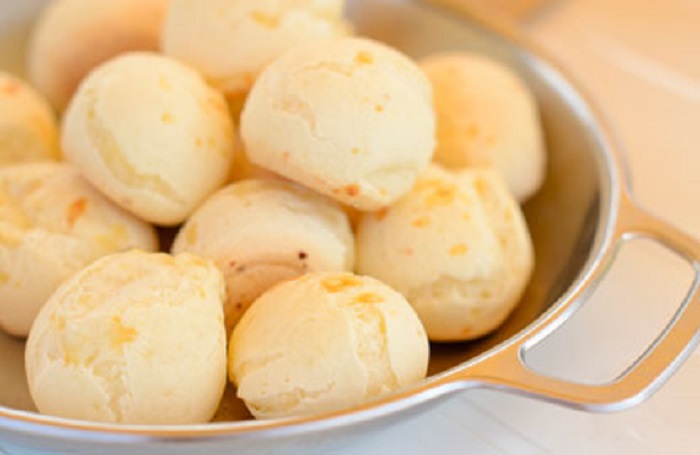 Baked cheese balls or Pão de Queijo is a gem in the gargantuan collection of Brazilian snacks. These cheese filled spheres are too delicious to resist and if you are a cheese fan then you cannot afford to miss out on this. This cheesy treat is often consumed at breakfast or a snack in Brazil and is commonly found at stalls parked by the pavement across the country. 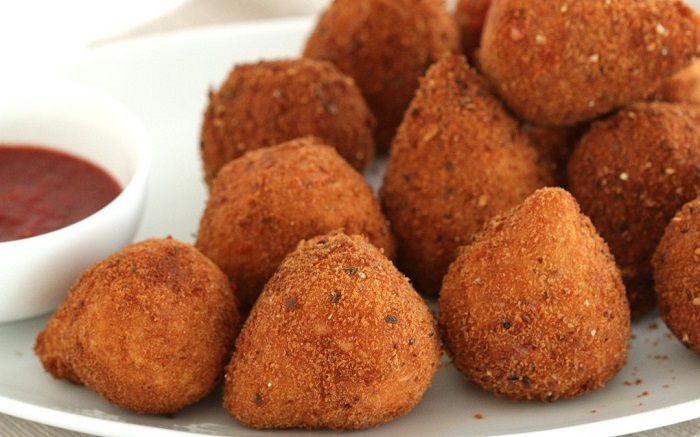 The dough is made with chicken broth and wheat flour, and stuffed with minced chicken and spices. Sometimes potato is also used to make the dough but chicken is a constant and the signature flavor in coxinhas. The shape of this snack is like that of drumstick and even the name is a derivative of the Portuguese word for drumstick. Although some people make it by altering the ingredients, this tastes the best when made the authentic way.

8. Kebabs Espetinhos – The Kebabs Of Brazil 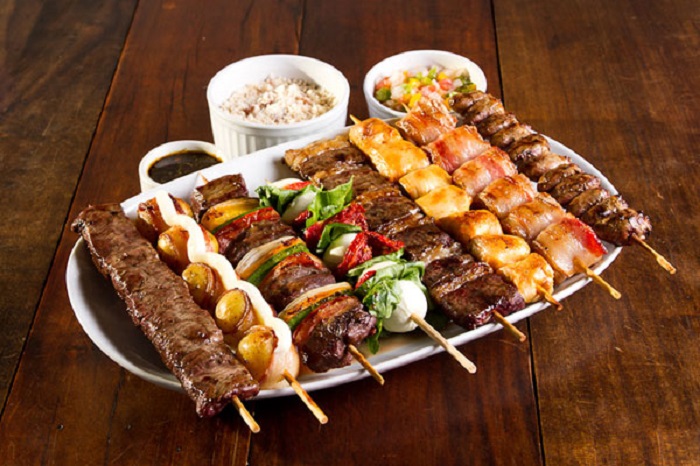 Espetinhos means ‘little skewer’ in Portuguese, and the food item is prepared by binding minced meat on skewers over a charcoal fire. A norm on the streets of Brazil, the smoky smell of the kebabs being grilled at a high temperature is magnetic as the passer-bys are drawn towards the stalls. 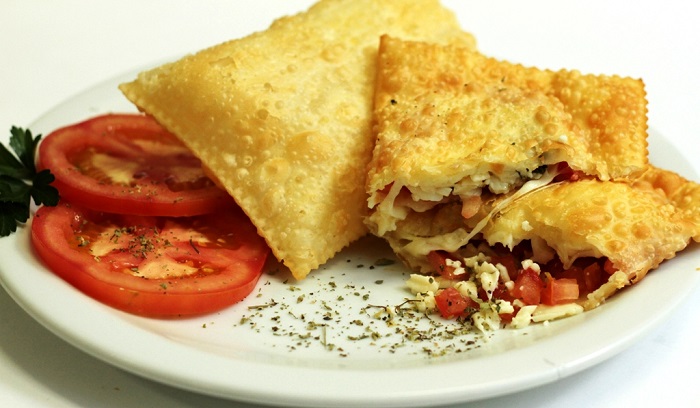 Golden hemispheres or rectangles, this is what will help you identify pastels in Brazil. These are pastries with a huge number of fillings and every filling has one thing in common, the deliciousness. Thin sheets made with all purpose flour are wrapped into rectangular or semi-circular shapes and filled with either meat, shrimp, vegetables or cheese, and it has even sweet fillings which are fruit based. 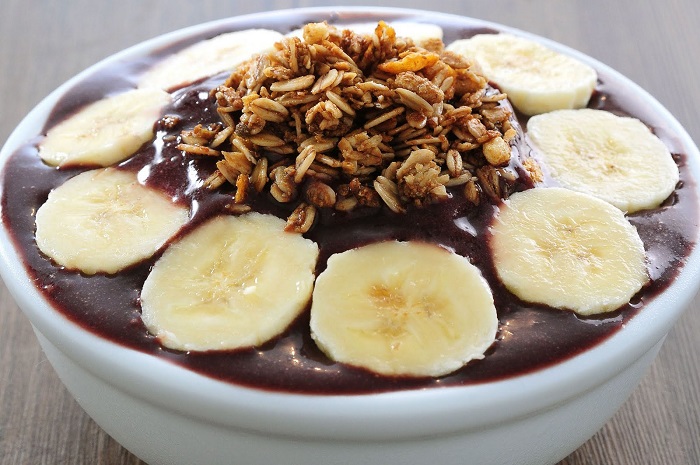 The acai fruit found in the Amazon basin is the prime ingredient of this dish. Acai na tigela is made with a smooth paste of acai berry which is garnished with different toppings of fruits, more commonly banana, and granola which is made with nuts, oats, puffed rice and honey. The velvety berry, juicy banana and crispy granola’s magical combination brings forth the heavenly Acai na tigela.

Cocoa powder, condensed milk, butter and chocolate sprinkles, collectively fashion the Brigadeiro. This mouthwatering sweet dish is one of a kind and the very sight of it entices people to indulge in its sweetness without worrying about the calories it comes hand in hand with. 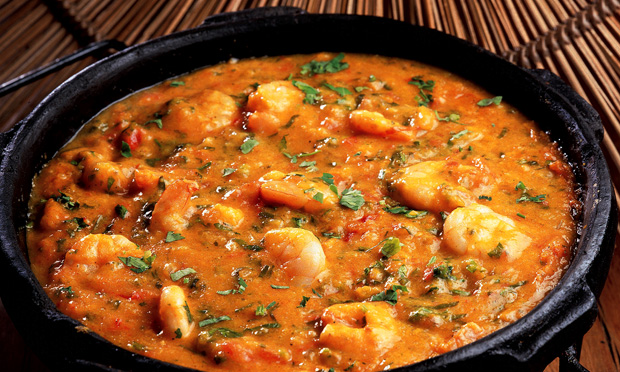 Ingredients of different texture and taste come together to create a smoothie silky food called the Vatapa. Shrimps, bread, peanuts, coconut milk and palm oil are the essential ingredients that go into preparing Vatapa which is well complemented by Acaraje. This famous Brazilian food is also mostly preferred with rice. 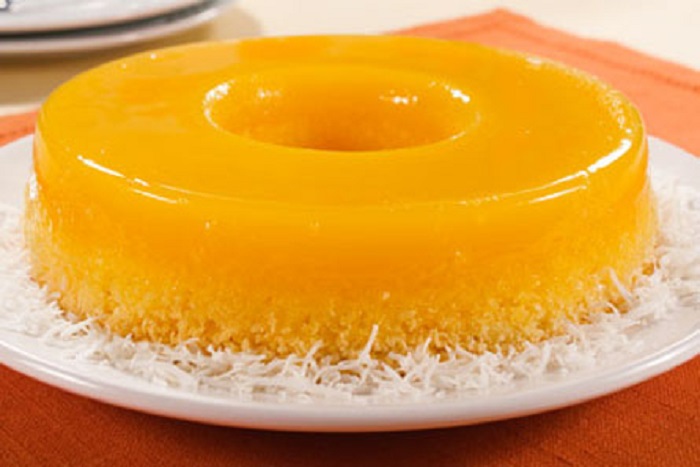 This is a dessert which is baked and the primary ingredients include egg yolks, sugar and coconut. The bright yellow color and glossy texture makes one drool instantaneously and a portion of this flavorsome sweet mold is sure to tantalize the taste buds on your tongue.