What Are Poppy Seeds Good For? – Health Benefits & Nutritional Facts

admin
on June 17, 2015 at 5:55 am
Nuts & Seeds
Main Name: Poppy Seeds
Biological Name: Papaver somniferum
Names in other languages: Amapola (Spanish), Coquelicot (French), Khuskhus, Postadana (Hindi), Khasakhasa (Tamil), Kashakasha, Kaskasu (Malayalam), Gasagasalu, Kasakasa (Telugu), Khuskhush (Gujarati), Posto (Bengali), Khaskhas (Marathi), Aphima, Posta, Postak (Oriya), Khush khush, Khas (Punjabi), Khuskhus, Kashkash Safaid (Urdu)
Introduction
Use them as a condiment, stir them in baked goods, sprinkle them on salads or pastries, or cook up a sumptuous meal; poppy seeds provide a distinct flavor and unique taste to a number of food items. If that is not all, they are conveniently used in breads, rolls, cookies and cakes to add delight to your lavish and succulent menus. Besides, the poppy seed rolls are a favorite Eastern European traditional pastry, prepared specially on holidays. Obtained from the unripe heads of the colorful flower Opium Poppy, the tiny poppy seeds are celebrated for enhancing the thickness, texture, and flavor of the dishes. The poppy flower is found in a number of attractive colors, ranging from white, pink, yellow, orange, red and blue. The botanical name of poppy seeds, Papaver somniferum symbolizes both sleep and death – sleep because of the opium extracted from them and death due to their blood-red color. They are a powerhouse of beneficial nutrients, probably more than their size might indicate. Even when consumed in small amounts, they are an excellent source of wholesome and nutritious benefits. Listed here are some of the most alluring benefits of including poppy seeds in your diet.
History
A native to the Middle East, poppy seeds have a long and controversial history. With its origin dating back to 3400 BC, poppy seeds were largely cultivated by the ancient Assyrians, Babylonians and Egyptians. The Romans diluted poppy seeds with wine and honey to feed the athletes, competing in the first Olympic Games. The Europeans used them as a condiment for baking breads. Until the 6th century, the opium poppy was used as a narcotic in the Islamic and Arab cultures, which is still prevalent in many Middle Eastern countries. Being known to the Greeks, poppy seeds traveled to ancient Asian regions of China and India through spice trade in the 7th century. The Himalayan foothills and low lying hills alongside are the primary cultivators of poppy seeds, today. India, China, and some areas of Asia Minor, like the Balkans, are the chief producers of poppy seeds in Asia. However, Holland and Canada are the world’s leading cultivators of poppy seeds. 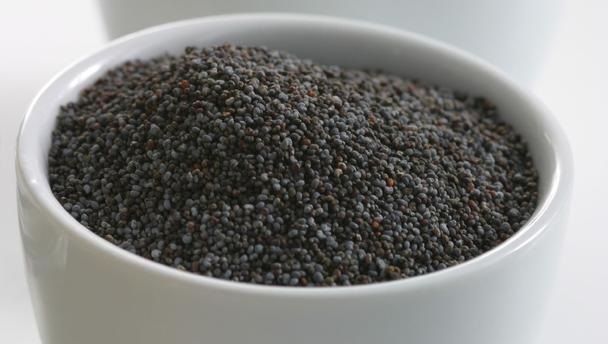 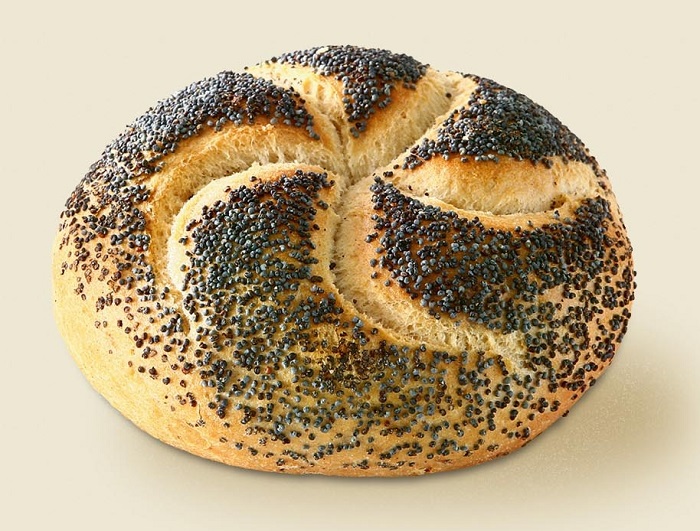 How many calories in poppy seeds (per 100 gm)
Poppy seeds have about 525 calories per 100 gm of weight.
How to Buy Poppy Seeds
Poppy Seeds Storage Tips