admin
on June 17, 2015 at 5:37 am
Herbs & Spices
Main Name: Oregano
Biological Name: Origanum vulgare
Names in other Languages: Orégano (Spanish), Origan (French), Ajwain (Hindi), Omum (Tamil), Ayamodakam (Malayalam), Vamu (Telugu), Onva (Marathi), Joan (Bengali), Juani (Oriya), Ajwain (Punjabi & Urdu)
What comes to your mind as soon as you hear the name oregano? Most of you would think of an a pizza, I am sure! But oregano is a chief ingredient in several other dishes and is very often a part of the Mediterranean cuisine. The balsamic and aromatic flavor of oregano was first made a part of food by inhabitants of countries across Europe. Oregano, a flowering herb that is best known for the spicy taste and unique flavor it provides to worldwide cuisines, is a perennial crop. In fact, the name ‘oregano’ is derived from the Greek words ‘oros’ and ‘ganos’, which mean ‘mountain’ and ‘joy’ respectively. The oregano plant is characterized by purple flowers which add to its beauty and since they grew mostly in the mountaintops of Greece, the plant was named as ‘oregano’. While most varieties of oregano crops are bitter to taste, there are sweet and spicy versions of the herb available and used in cooking and as a seasoning. Most of us are aware of the taste of oregano, but we often forget that the herb is also blessed with many healthy benefits. Let’s take a look at some of them in the following sections.
History
The flavor of the herb oregano was first discovered in the northern parts of Europe. The Greek and Roman cultures first started the practice of using oregano as a flavoring agent in food. The rich aroma of oregano and its spicy flavor perfectly complemented the Italian and Greek food, and the herb soon gained popularity in other European countries. Being considered as a symbol of joy and happiness, oregano was used not only in Greek and Italian cuisines, but also as a symbol of celebrating joy and elation. For instance, it was a common practice amongst Greeks and Romans to crown their brides and grooms with laurels of oregano during a marriage ceremony. The French started using oregano in their food during the Middle Ages. The herb became so popular amongst the French that it is still a very important component of Mediterranean cuisine. It took a while for oregano to enter the United States from Europe but when it did, the Americans could not ignore the flavor which had already captured the taste buds of people in Europe. It was the US soldiers serving in Europe during the Second World War who introduced oregano to fellow Americans. Oregano was chiefly used as a seasoning in pizzas in Italy and therefore the aromatic herb became known as the ‘pizza herb’ in the US, a culinary concept that is still popular. 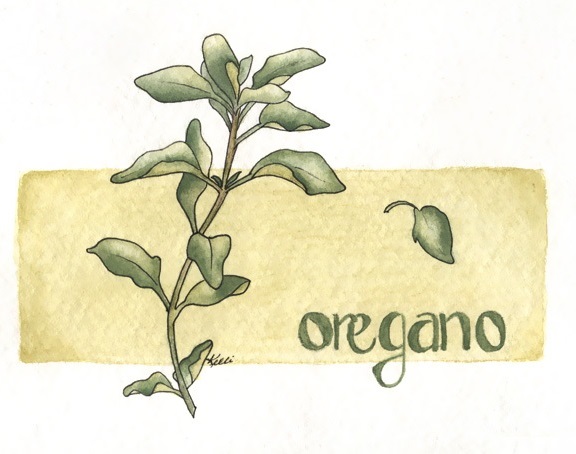 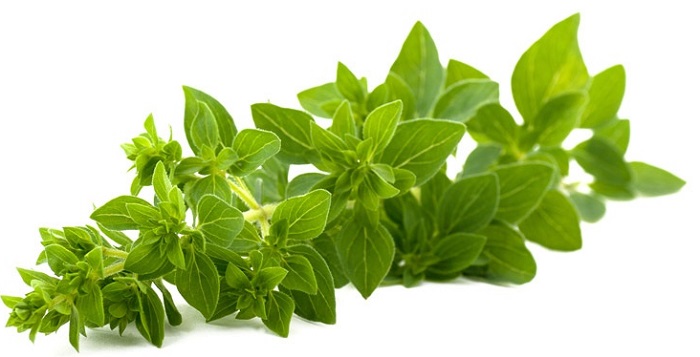 http://www.edenbrothers.com/store/oregano_seeds.html
How many calories in oregano (per 100 gm)
Oregano has about 265 calories per 100 gm of weight.
How to Buy Oregano
Oregano Storage Tips