admin
on June 17, 2015 at 5:15 am
Vegetables
Main Name: Lotus Root
Biological Name: Nelumbo nucifera
Names in other languages: Kamal Kakri, Bhen (Hindi), Thamari Kizhangu (Tamil), Tamara Kizhangu (Malayalam), Tamaradumpa (Telugu), Surya kamal (Gujarati), Kamala Mudh (Bengali), Kamala (Marathi), Padam (Oriya), Kanwal Kakri (Urdu), Kamal Kakri (Punjabi)
What do you associate the word ‘lotus’ with, when it comes to your mind? A car, a flower, or food? Believe it or not, there are lotus cars, lotus flowers, and even lotus delicacies. Yes, people consume lotus roots that are derived from lotus flowers. Now, you must be familiar with the sacred and most celebrated flowering plant called lotus, which is found in South Asia. Also known as the sacred lotus, Indian lotus, and Chinese water lily, lotus plant is the only known plant to thrive in all three elements simultaneously – earth, water and air. While the plant displays the beautiful flowers, seed heads, and wide leaves above the water surface, what lies beneath the water is the root portion, known as lotus root or rhizome. A look at the outside of the lotus root does not seem appealing, but once the ends are cut and the outer skin is peeled, you will find the creamy-white flesh beneath with cylinder holes running from one end to the other, appearing like mini tunnels or airways. With a slight crisp, a little crunchy texture, and not a very strong flavor, lotus root blends well in many recipes. Coming to the nutritional front, lotus root is enriched with various nutrients necessary for a healthy life. Read further as we acknowledge you with some secret healthful benefits that lotus roots provide.
History
The lotus root has a history of three to five thousand years in Southeast Asia. Though the leaves and seeds were in use, the roots were more common, particularly in Chinese cookery. Moreover, the lotus flower played special significance for Buddhists and was regarded as a divine symbol of purity, representing sexual purity, a virtue. As per Buddhist iconography, Lord Buddha was depicted holding or sitting on a pink lotus. How the lotus root was introduced in America is uncertain, but it is highly valued by Native Americans, especially the wild American lotus, also known as water, chinquapin or duck acorn. But the lotus root that is sold across the globe is the Asian variety, generally imported from China and India. 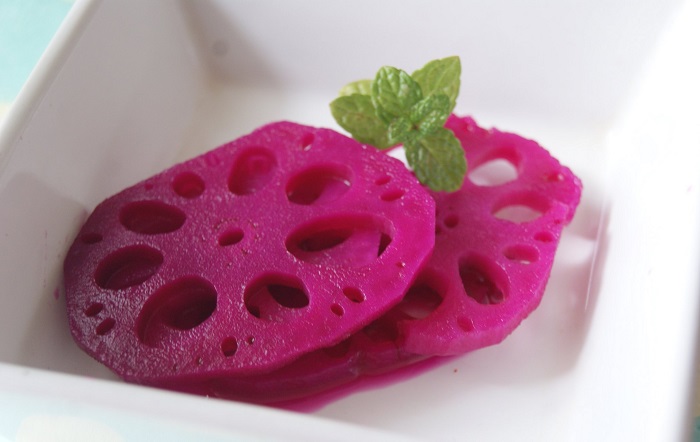 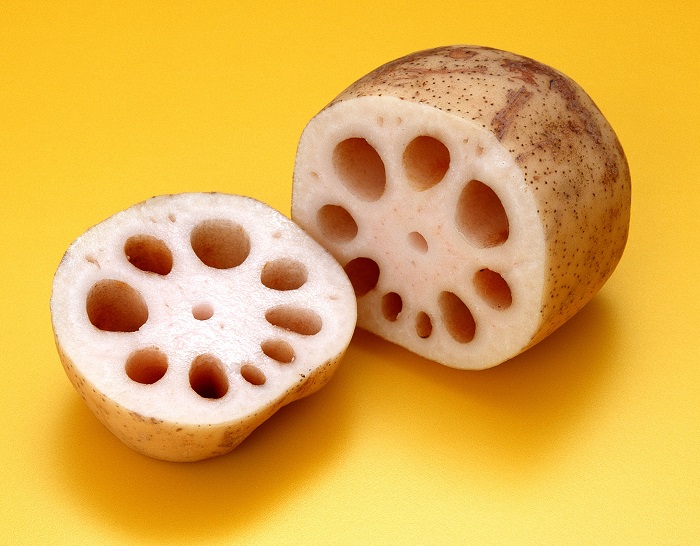 http://en.rocketnews24.com/2014/03/19/lotus-root-the-enlightened-way-to-knock-out-hay-fever/
Lotus Root Nutrition FactsAmount: 1 cup
Total Weight: 120 g
How many calories in lotus root (per 100 gm)
Lotus root has about 66 calories per 100 gm of weight.
How to Buy Lotus Root 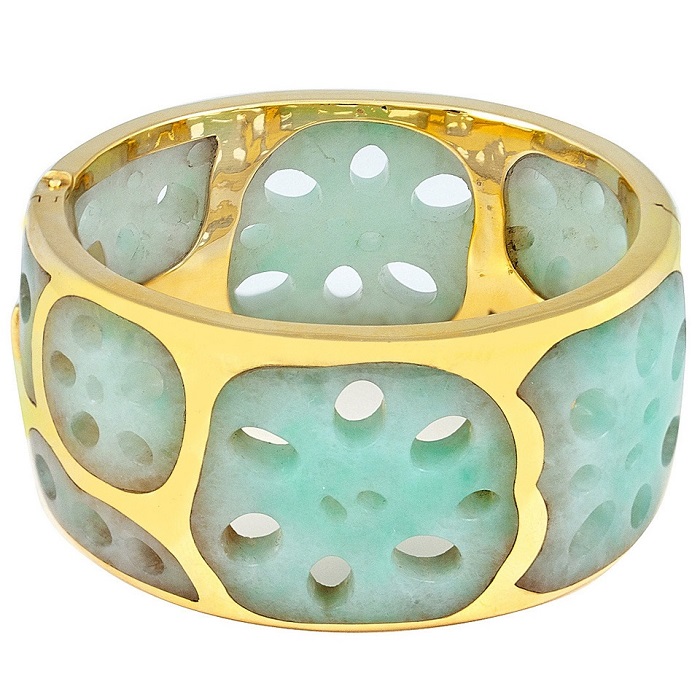