11 Amazing Benefits Of Cloves For Skin, Hair And Health

admin
on June 16, 2015 at 11:33 am
Spices
Main Name: Clove
Biological Name: Syzygium aromaticum
Names in other languages: Diente (Spanish), Gousse (French), Laung, Lavang (Hindi), Lavangam, Krambu (Tamil), Kariampo (Malayalam), Lavangalu (Telugu), Laving (Gujarati), Lobongo (Bengali), Lavang (Marathi & Punjabi), Labanga (Oriya), Lehsan Ki Pothi, Long (Urdu)
Of all the spices that are known to be good sources of antioxidants, cloves rank as the richest source of antioxidants. With the primary job of cloves being protecting the cells against oxidative stress free from radical damage, cloves have a long list of healthful benefits. Indigenous to the Moluccas volcanic islands of Indonesia, previously known as the Spice Islands, clove is a pink flower bud of the clove tree that turns brown on drying. Botanically known as Syzygium aromaticum, the word clove has been derived from the Latin word clavus, which means nail. Measuring about ½ inch long and ¼ inch in diameter, cloves have a tapered stem, which resembles a tiny nail. The warm, sweet, and aromatic taste is used to flavor several sweet and spicy dishes. So whether it is pies, breads, cakes, tarts, jams, soups or your favorite starter, cloves add the right amount of zing to enhance the overall flavor of the delicacy. While the exterior of the spice is hard and tough, it is the fleshy interior that contributes to the flavor and nutritional profile. The oily compound, called eugenol, present in cloves makes it vital for a number of medicinal and nutritional properties. Let’s find out what health benefits cloves provide apart from the lovely aroma they add to breads, pies, soups, and spicy preparations.
History
The history of cloves dates back to many centuries, just like other spices. Believed to be one of the first spices to be traded, evidence of cloves has been found in vessels dating back to as early as 1721 BC. Originally from Moluccas Islands in Indonesia and southern Philippines, cloves were a prized commodity by the ancient Romans. Not just Romans, even the Chinese treasured them and used them in around 226 BC. The flowerets were chewed by the people before addressing the Emperor so that their breath did not produce a foul smell. The Arabs brought cloves to Europe in the 4th century, but were not widely consumed and were regarded as the poor man’s spice for enhancing the poorly tasting food. Only when Magellan’s ship returned from its fateful trip round the world in 1522 filled with cloves and nutmeg, did Spain get a chance to explore the island. The Portuguese took over the Indian Ocean trade, with a treaty signed with Spain and brought large amounts of cloves to Europe, only to sell them at expensive prices. In 1605, the Dutch traveled to the island and dipped their hand into the spice trade. Though the Dutch wished to establish monopoly of cloves, it did not last long since cloves starting growing in other places too, like Zanzibar, Madagascar, Brazil, Mauritius, Ternate, Tidore and Tanzania by the 18th century. Today, Zanzibar, in Eastern Africa, is the leading producer of cloves, though they are commercially cultivated in West Indies, Brazil, Pemba, Sri Lanka, Jamaica, Madagascar and India also. 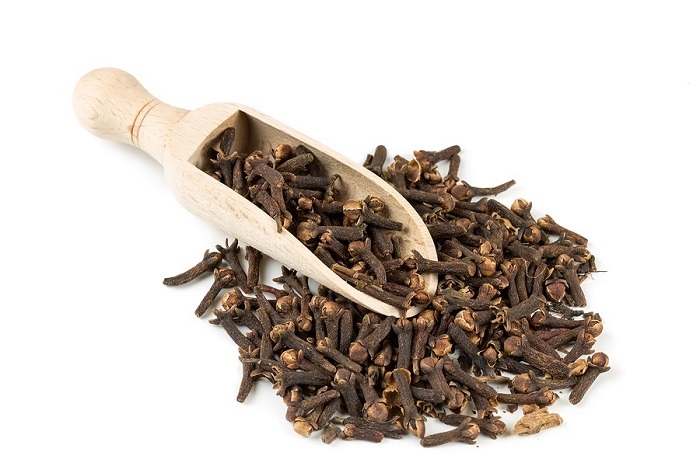 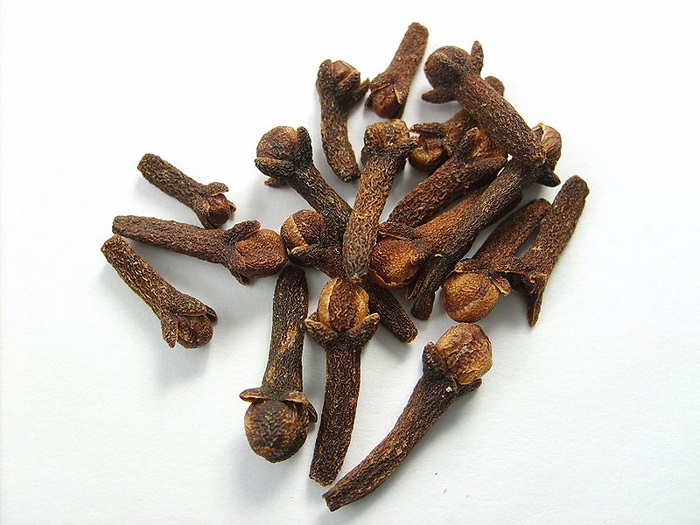 http://libweb5.princeton.edu/visual_materials/maps/websites/pacific/spice-islands/cloves.html
How many calories in cloves (per 100 gm)
Cloves have about 323 calories per 100 gm of weight.
How to Buy Cloves
Clove Storage Tips