13 Reasons To Befriend the Cinnamon – Surprising Health Benefits of Cinnamon

admin
on June 16, 2015 at 11:30 am
Spices
Main Name: Cinnamon
Biological Name: Cinnamonum verum
Names in other languages: Canela (Spanish), Canela (Portugese), Cannelle (French), Kanela (Filipino), Dalchini (Hindi), Pattai (Tamil), Karuvapatta, Patta (Malayalam), Dalchina chekka (Telugu), Lavangapattai (Kannada) Dalchini (Bengali, Marathi, Oriya, Urdu & Punjabi)
The warm, distinctive flavor that cinnamon adds to dishes has been celebrated for long. The sweet and delightful aroma it exudes infuses a soothing and relaxing feeling. But did you know that this ancient spice has one of the highest antioxidant levels amongst all spices? Extracted from the brown bark of the tropical cinnamon tree, this sweet yet pungent spice is botanically known as Cinnamonum verum and has over one hundred varieties, with the Ceylon cinnamon (true cinnamon) and Chinese cinnamon (cassia) being the two most popular varieties consumed. The bark of the trees are dried and rolled into cinnamon sticks, also called quills. With unique anti-clotting, anti-microbial and healing abilities, cinnamon offers a wide range of healthful benefits for a long and healthy life. Plus, the bountiful of antioxidants offered in cinnamon gives you a good reason to include it in your daily cooking. Check out the different nutritious benefits that cinnamon provides for treating various diseases and ailments.
History
Cinnamon is native to Ceylon, now Sri Lanka, though its history dates back to Chinese writings to 2800 BC. Being one of the oldest spices known, cinnamon was a powerful spice used in Egypt, Rome and China on an extensive level. While the Egyptians used cinnamon as a beverage flavoring, medicinal, and embalming agent; the Chinese treasured it for its varied medicinal benefits. Cinnamon was also mentioned by Pliny the Elder, Dioscorides, Theophrastus and in the Bible as well. The Portuguese arrived in Ceylon in early 16th century and re-established the traditional production and management of cinnamon by the Sinhalese. They enjoyed monopoly for over hundred years until the Dutch seized the Portuguese in the 17th century and captured the world’s largest cinnamon supplier, the island of Ceylon. Later towards the end of the 18th century, the British dislodged the Dutch from Ceylon and took control of the island and cinnamon trading, in turn. However in the 19th century, the cinnamon monopoly saw its downfall as cinnamon could be grown in other countries, like Java, Sumatra, Borneo, Mauritius, Guyana and Réunion as well. Today, Sri Lanka, India, Madagascar, Brazil and the Caribbean are the leading producers of Ceylon cinnamon, while cassia cinnamon is cultivated by China, Vietnam and Indonesia. 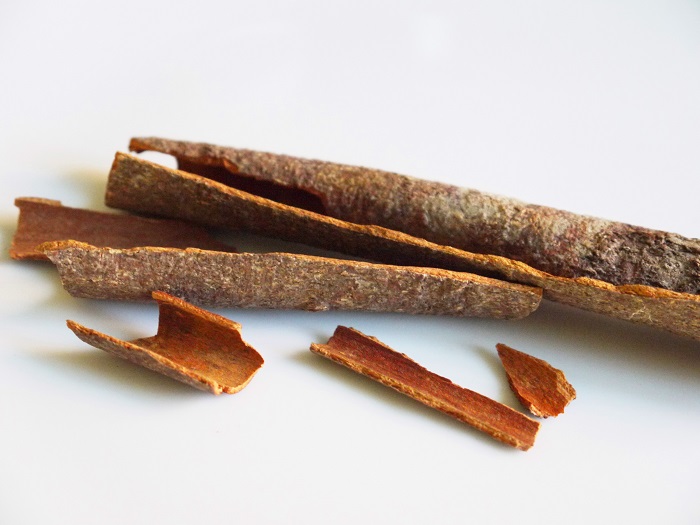 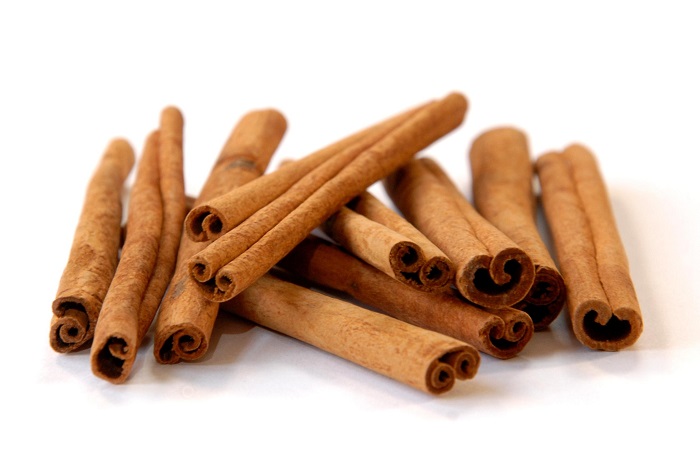 How many calories in cinnamon (per 100 gm)
Cinnamon has about 247 calories per 100 gm of weight.
How to Buy Cinnamon
Cinnamon Storage Tips