admin
on June 16, 2015 at 11:22 am
Spices
Main Name: Cayenne Pepper
Biological Name: Capsicum annuum
Names in other languages: Pimienta de cayena (Spanish), Poivre de cayenne (French), Lal Mirch (Hindi), Sigappu Milagai (Tamil), Chuvanna Mulaku (Malayalam), Yendu Mirapakayalu (Telugu), Suku marchu (Gujarati), Lal Mircha (Marathi), Sukhila Lanka (Oriya), Lal Mirch (Bengali, Urdu & Punjabi)
Did you know that cayenne pepper is capable of stopping a heart attack within 30 seconds? Moreover, did you know that it helps with your weight loss diet regimen? Although cayenne pepper may not be the king of medicinal herbs, it surely is the prince, blessed with some truly astonishing health benefits. Right from simple healing to battling and eliminating serious health problems, the benefits of cayenne pepper are many. Botanically referred to as Capsicum annuum, cayenne pepper takes its name from the Cayenne city in French Guiana and is a member of the Solanaceae family, which also includes bell peppers, jalapeños and the chiltepin. Known by a myriad of names, like guinea spice, Cow Horn Pepper, aleva, bird pepper and red pepper (in the powdered form), cayenne pepper finds its place mostly in cooking as a flavoring agent and for medicinal purposes. The hot and spicy taste and hot healing powers that cayenne pepper carries along, come from the compound called capsaicin, which provides many health benefits to human beings. Let’s catch up with the great potential benefits that this American spice has got to offer.
History
The history of cayenne pepper can be traced back to as early as 7000 BCE amongst the natives of tropical Americas. Its domestication started between 5000 and 3000 BCE by nomadic tribes in the New World on the south of Mexican border, but was initially used as a decorative item, only to be consumed as a foodstuff and medicine later on. Being a native to Central and South America, the pepper was named after the capital city of French Guiana in South America. Christopher Columbus found these peppers in the Caribbean and introduced them to Europe, where they were used as a substitute for black pepper, which was an expensive spice at that time as it was imported from Asia. From Mexico, Ferdinand Magellan introduced cayenne pepper to Africa and Asia, particularly in the Philippines, India, China and Japan. Today, this spice has not only been incorporated into their cuisines but also has found a significant place in the medical world. Today, cayenne pepper is grown across all continents, with China, Turkey, Nigeria, Spain and Mexico being the leading commercial cultivators. 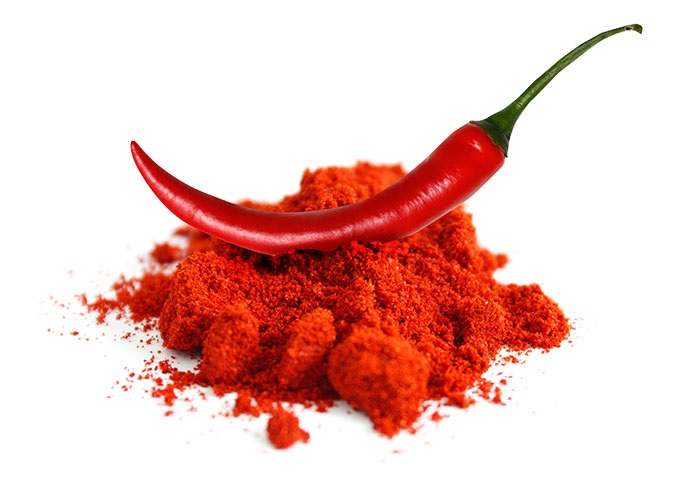 http://blog.reliv.com/nutrition/healthy-living-tips/spice-up-your-health-with-cayenne-pepper/
How many calories in cayenne pepper (per 100 gm)
Cayenne pepper has about 318 calories per 100 gm of weight.
How to Buy Cayenne Pepper
Cayenne Pepper Storage Tips