admin
on June 16, 2015 at 11:13 am
Herbs & Spices
Main Name: Black Pepper
Biological Name: Piper nigrum
Names in other languages: Sazonar con pimienta (Spanish),  Poivrer (French), Pepř  (Czech), Kalimirch (Hindi), Milagu (Tamil), Kurumulaku (Malayalam), Miriyalu (Telugu), Kada Mari (Gujarati), Golmarich (Bengali), Mire (Marathi), Golmaricha (Oriya), Kalimirch (Urdu & Punjabi)
If you assumed black pepper to just be a spice, which accompanied salt on the dining table, it’s time this spice gets a bit more respect. Apart from being an accompaniment, black pepper adds great taste to your dishes. But note that this is just not it, for this aromatic herb has been blessed with a number of nutritious benefits. A native to tropical Asia, black pepper is one of the oldest known culinary spices in the world. Use it ground or as whole peppercorns, this strong flavored and pungent spice has centuries-long history of usage and cultivation. Often referred to as the “king of spice”, black pepper is a berry obtained from the pepper fruit, belonging to the piperaceae family. Biologically known as Piper nigrum, black peppers are obtained by plucking the berries when half ripe and just about to turn red, and leaving them in the sun to dry until they shrink and turn dark in color. The other varieties of black pepper are green peppers which are picked when they are still unripe and green colored, while the white peppers are picked on turning ripe and soaked in brine to remove their dark black skin and acquire the white pepper seed beneath. So, whether you choose to use it as a table spice or add lots of it in various recipes, black pepper has plenty of health benefits to offer. Listed in the segments below, are some nutrition benefits of black pepper.
History
Known to be discovered more than 4,000 years back along the Malabar Coast of south India, now Kerala, peppercorns are deemed to be the oldest used spices. But, they came into cultivation around 1000 BC. The spice was known in Greece in early 4th century BCE, but since it was rarely known and highly expensive, only the rich could afford it. Though it was grown in southern Thailand and Malaysia too, India was the most important source of black pepper. The Romans, too, were aware of black pepper and opened ocean crossing of the Arabian Sea, after the conquest of Egypt, to reach India’s Malabar Coast. But with the discovery of the new World and Chile peppers, popularity of black pepper declined. After the Middle Ages, black pepper was exported to Europe, the Middle East, and North Africa from India. With the Portuguese influence, black pepper was cultivated in Java, Sunda, Sumatra, Madagascar, Malaysia and other parts of Southeast Asia. However, these areas traded mostly with China or used the spice locally. With the Indian black pepper gaining more popularity, the Portuguese managed to find a sea route to reach India. Vietnam, India and Indonesia are the major producers of black pepper today. 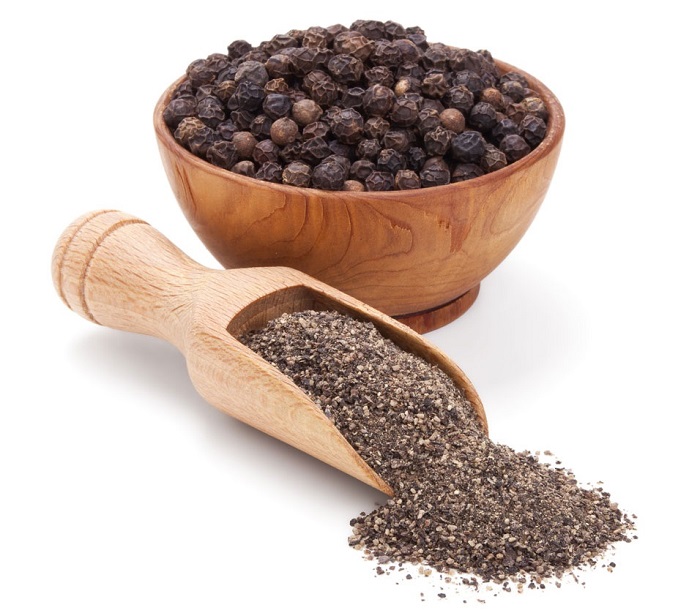 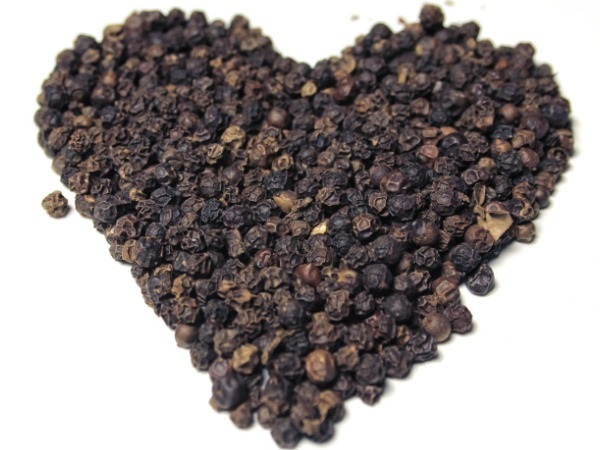 http://healthmeup.com/opinion-healthy-living/healthy-foods-health-benefits-of-black-pepper/23440
How many calories in black pepper (per 100 gm)
Black pepper has about 255 calories per 100 gm of weight.
How to Buy Black Pepper
Black Pepper Storage Tips