20 Traditional South Indian Foods That Will Change Your Life Forever!

Indians are considered to be one of the greatest connoisseurs of food in the world. Different states have developed their own cuisines, and people of each culture have evolved their palates according to the climate, geographical features and the produce available in their areas. The nation is roughly divided into four regions, the East, West, North and South. While every state, every city in each region have their own specialties, there are a few common elements that bind their fare together. South Indian states offer us myriad dishes that have gradually gained popularity all across the country. Though it is often said that a palate for such food is usually acquired, eventually it all boils down to whether eating it makes you happy. Sometimes, our love for food is best left uncomplicated by regional boundaries, and there’s no gainsaying the fact that 20 such items from South India will change your life forever. 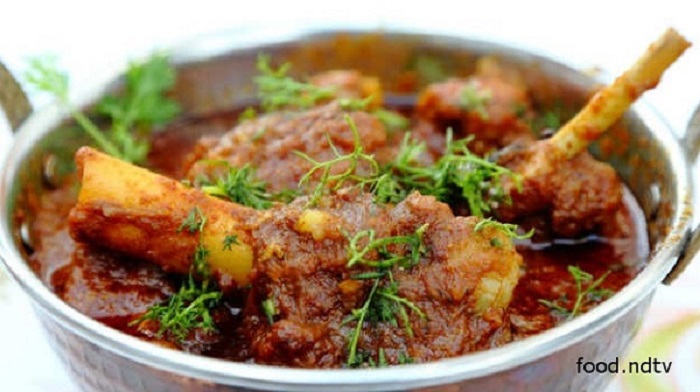 This typical delicacy from the Telangana district of India is unique because of its use of sour Gongura leaves. Prepared in a delicious blend of spices, tamarind water and onions, the Gongura Mamsam contains soft pieces of mutton or lamb that just fall off the bones. 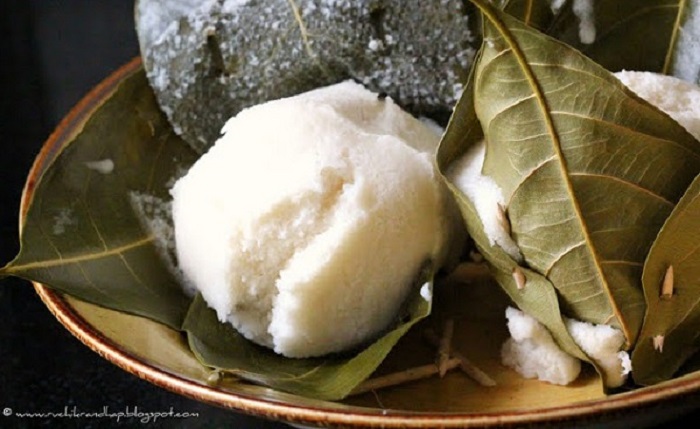 This unique take on the common idli, teamed with spicy sambar and coconut chutney, makes for a scrumptious meal that is most often served in weddings and for Ganesh Chaturthi festival. What makes the Kotte Kadubu special is the flavor of the jackfruit leaves that they are steamed in. Though easy to make, this Karnataka favorite emits a distinct aroma which makes it stand out from the usual breakfast options. 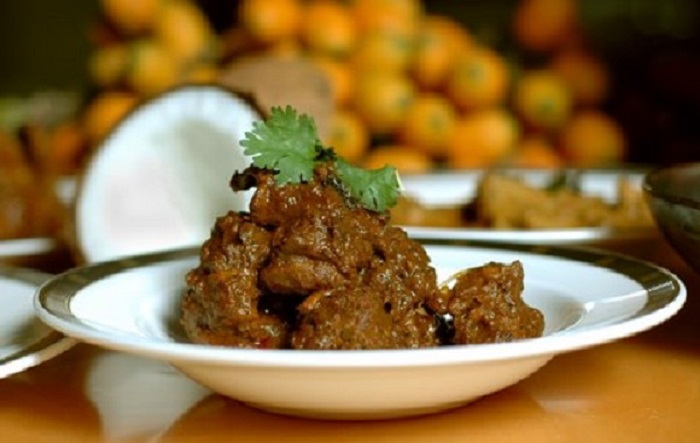 Another Karnataka specialty, the Pandi curry is a hot favorite with Mangaloreans and Coorgis alike. Natives of Coorg are known for their love of pork, and this particular recipe is a symbol of this fondness. Using pork that comes with a generous amount of lard, cooked in a spicy Kachampuli gravy, the dish is so delectable that you are left at the end of a meal wanting more. The secret to perfecting the Pandi curry is to slow cook the pork in ginger, garlic, green chilies, and dry roasted spices that have been ground in a blender. 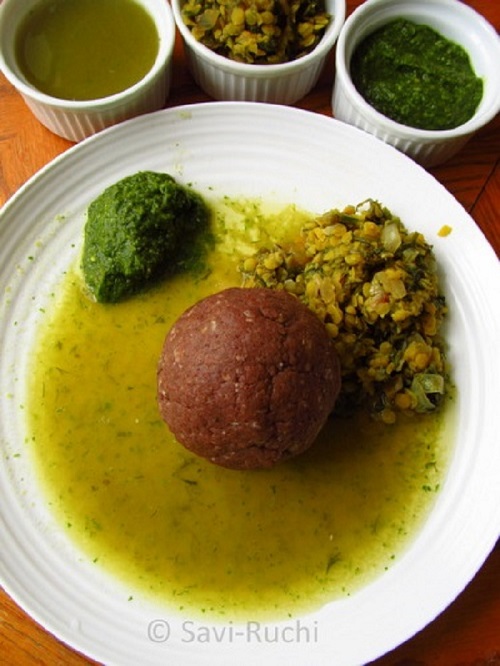 This staple of Karnataka, Ragi mudde is made out of millet flour that is kneaded into soft dough. These Ragi balls are then divided into smaller portions after serving. The modest mudde tastes best when accompanied by a ‘soppu saaru,’ a lentil sauce cooked with greens and flavored with a generous amount of green chilli spread. 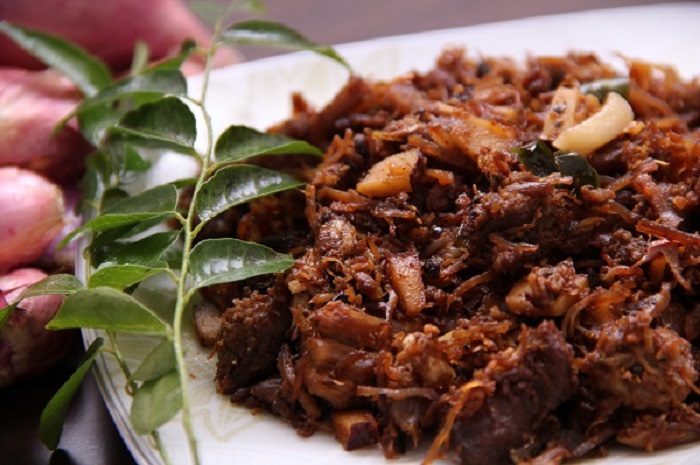 People from the state of Kerala, irrespective of their religion, are usually voracious eaters of beef. One of the most noteworthy of all the beef food items available is the Ularthiyathu. Soft chunks of fatless beef are fried in oil tempered with aromatic curry leaves, and a generous amount of coconut pieces and the unique Ularthiyathu masala, which lends the dish its rich dark color. 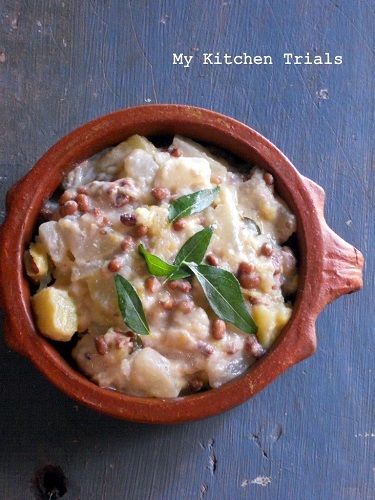 The Olan is a popular member of Kerala cuisine, usually served in a meal known as Sadhya. This vegetarian delight is prepared from white gourd which is pressure cooked in coconut milk seasoned with curry leaves and ginger. 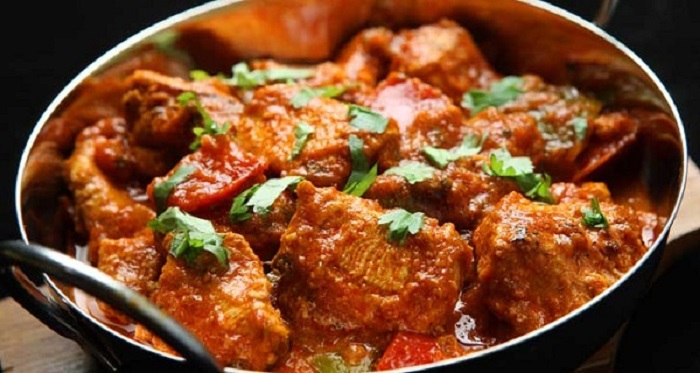 People from the Chettinad region of Tamil Nadu are known for their culinary skills which are exhibited in the non-vegetarian food that they make. Especially renowned all over the world, is their Chettinad Chicken. Lip-smacking goodness epitomized, this delicious preparation is so rich in flavor, that you are bound to end up licking your fingers by the end. The marinade consisting of thick curd, and a special Chettinad masala, ensures the tenderness of the chicken, so much so that, you wouldn’t mind ignoring the spice, and asking for a second helping. 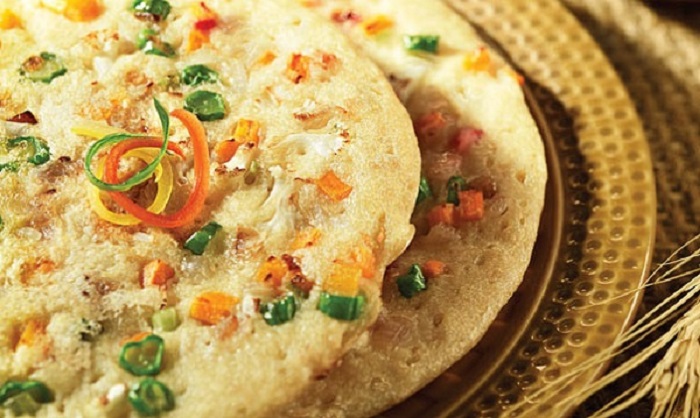 Unlike the dosa, which is an Indian crepe, the Uttapam bears a closer resemblance to a pizza or a pancake. The batter, consisting of split black gram and rice, is cooked on a low flame, during which it is topped with onions, coriander leaves and tomatoes. The end result is absolutely heavenly—crispy on one side, soft on the other, the Uttapam makes for an inviting, filling breakfast. 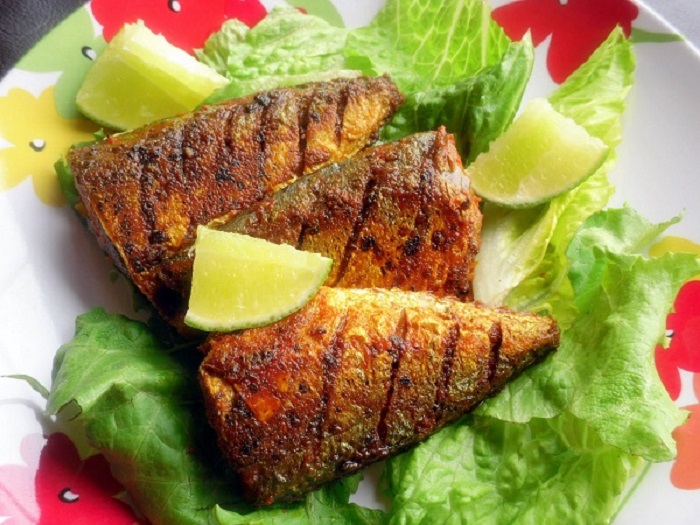 The Ayila is a common mackerel, found in abundance in Kerala and other South Indian states. A predominant part of any non-vegetarian Kerala meal, the Ayila Porichathu refers to the fish marinated in salt, ginger-garlic paste, pepper, chilli powder, lime juice, and turmeric powder, which is deep fried to give it a crunchy texture. Add to it a dash of lemon, and a mouth-watering snack evolves. 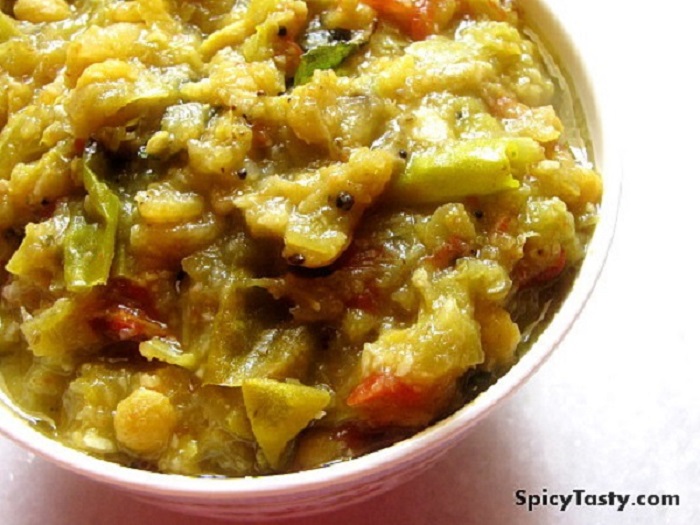 Though usually eaten with rice, the Kootu, a treat from Tamil Nadu, laden with a lavish quantity of lentils and vegetables, can suffice as a meal in itself. While one might argue that the components are the same as the sambar, the two staples are quite distinguished from each other, with the Kootu being creamier in texture. 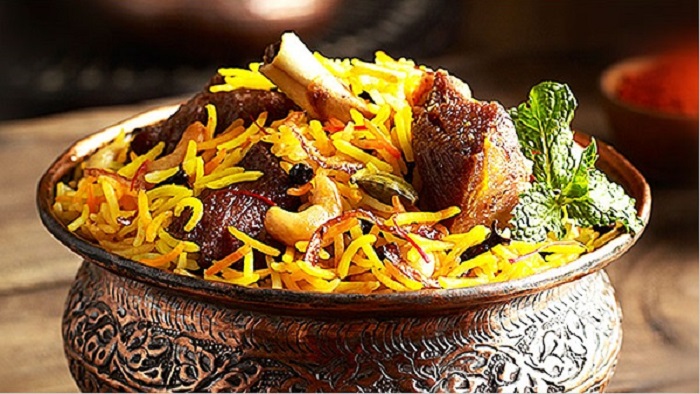 The Biryani is a hit with people all over India, though each region in the nation has their own style of cooking it. The Hyderabadi biryani, best relished when cooked with tender mutton pieces, is highly in demand, across the states of Andhra Pradesh and Telangana. Once loved by the Nizams of Hyderabad, this royal treat is the culmination of splendid ingredients like onions, yogurt, Basmati rice, fragrant saffron, a mix of spices, and of course meat. Sample a plate of biryani, and you will leave feeling full and content. 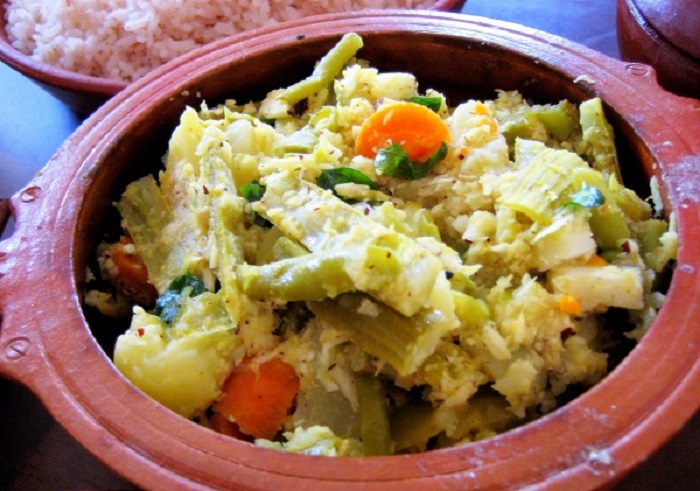 Famous both in Kerala as well as Tamil Nadu, the Avial is a crucial element of a South Indian vegetarian meal. Involving the practice of mixing coconut and vegetables, the dish is put together using a tempering of curry leaves in coconut oil. The most common vegetables found in the avial are brinjal, raw bananas, drumsticks, and snake gourd. The avial, overloaded with nutrients and vitamins, is one of the best vegetarian delights ever. 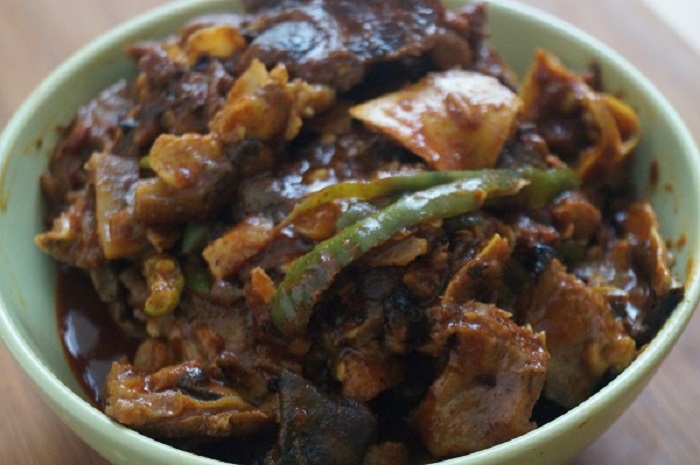 Though not many people would be comfortable with the idea of tasting a goat’s head, you will be rest assured that the Talakaya Kura will change your mind. This Telangana savory item is one of the most sought-after, in weddings and other festivals. The goat’s head paired with tamarind extract is the ideal remedy for weak bones and body ache. 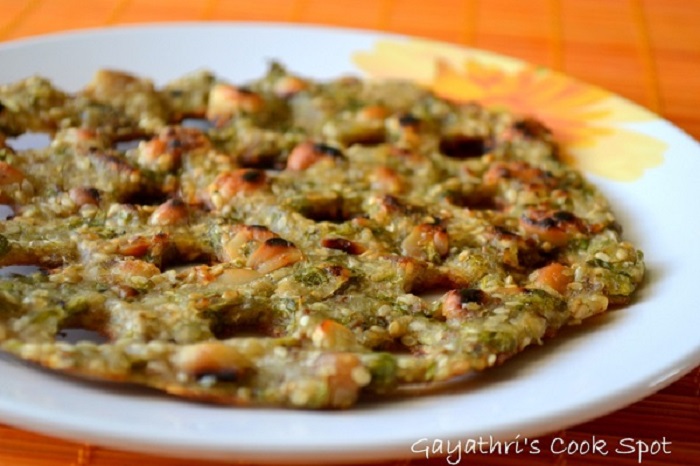 The Sarva Pindi is a pancake that’s not sweet, and yet tickles your taste buds. Loaded with peanuts, spices, and rice flour, the Pindi makes for a delightful entrée. This piquant but healthy food is typical to the Nalgonda district in Telangana. 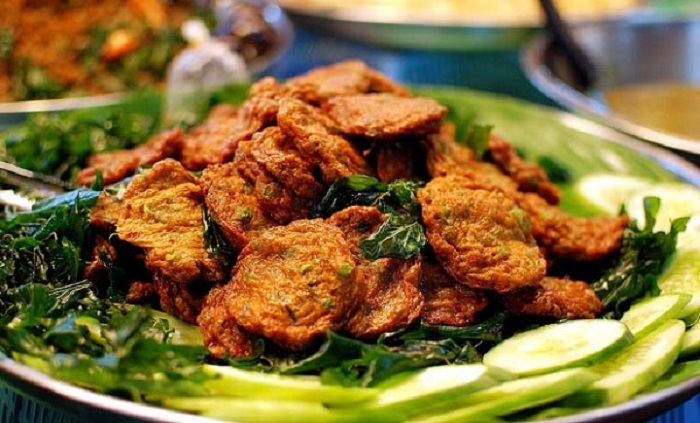 The Royyala Kura is a major component of Andhra cuisine, where tender shrimps or prawns are fried in a thick piquant paste of onions and tamarind. These nibbles make for an appetizing snack; an idyllic combination of sea food and spice for all prawn lovers. 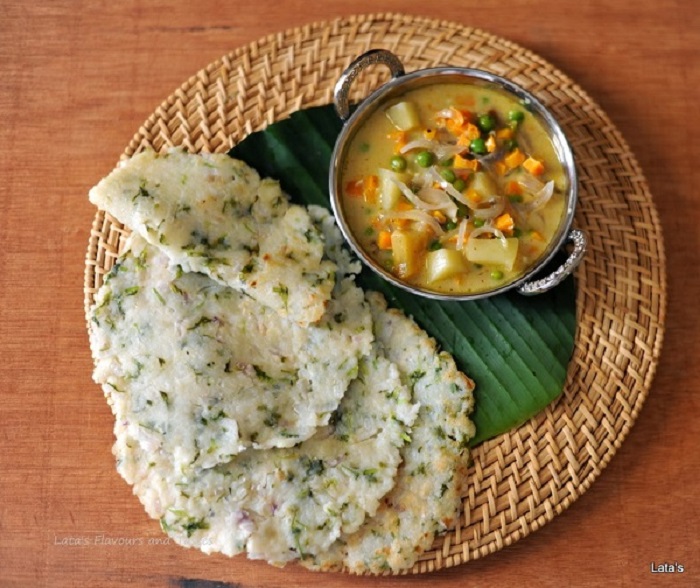 This Indian flatbread uses the simple rice flour and evolves into one of the most palatable of all South Indian foods. Their unique preparation technique of using a plantain leaf to cover the roti gives it a distinguished taste. Usually enjoyed as breakfast, the Akki roti is best complemented by a dollop of ghee and coconut chutney. 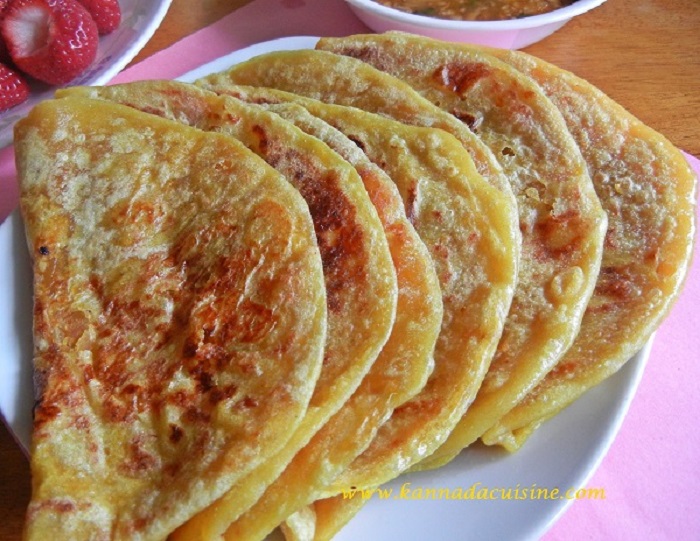 Having different nomenclatures in different states, the Holige is Karnataka’s favorite dessert. Often called Boli, Obbattu, or Puran Poli, this sweet course usually uses grated coconut mixed with jaggery as its filling. The dough that makes this mouth-watering stuffed flat bread is flavored with cardamom, and served with a dash of ghee. 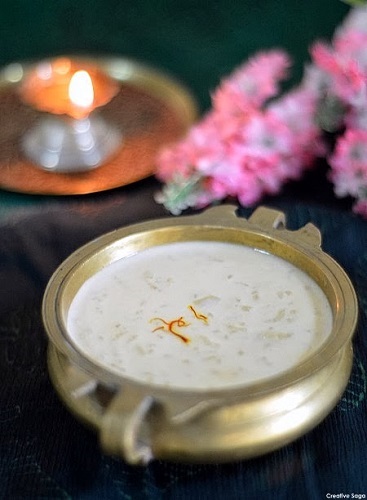 Payasam, or kheer, as it is often known, is usually a concoction of rice or vermicelli, cooked in milk sweetened with either sugar or jaggery. The Thengai Paal Payasam is a more self-indulging version of the simple kheer, whipped up using coconut milk and jaggery, the latter giving it a darker hue and a richer taste. This dessert can give you a sweet tooth even if you vehemently deny it. 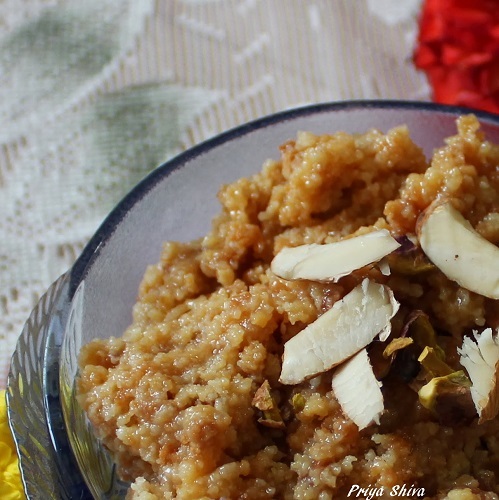 This heavenly sweet course can be rustled up with two of the most simple ingredients available—milk and sugar. What matters most is that it the preparation is time-consuming, and the technique used needs to be perfected. This dessert is a divine result of thickened milk sweetened with sugar. The consequence of all the hard work and patience is a content stomach and a happy soul. 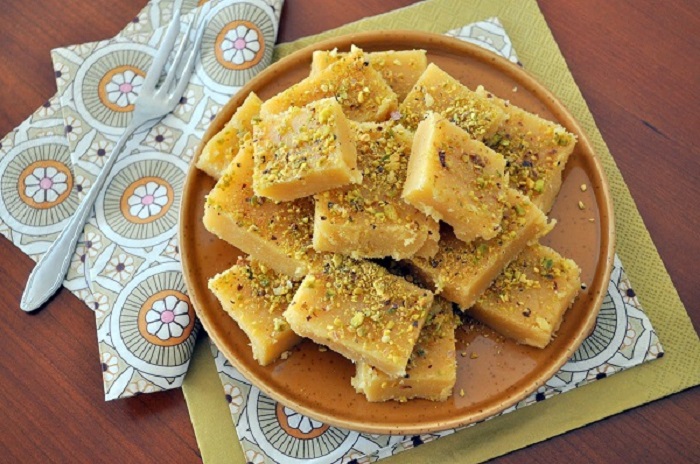 This South Indian traditional sweet is overloaded with clarified butter (ghee), and is so soft that it melts in your mouth. The Mysore Pak, as the name suggests was concocted first in the city of Mysore, by a royal chef named Kakaasura Madappa, who splendidly employed luxurious ingredients like gram flour, cardamom, sugar, and ghee. Though there are two variations, one that’s a little rougher in texture than the other, it is the smoother version that takes the prize away.